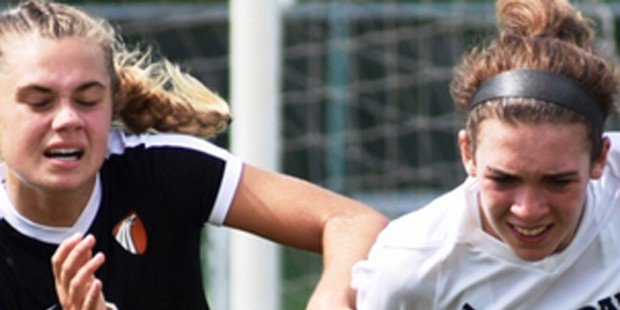 The top-ranked McDonogh girls soccer team opened its season over the weekend in Zionsville, Indiana at the prestigious Lady Eagle Invitational.

The Eagles won the event’s Group A Elite bracket with a 4-2 victory over Notre Dame Academy (KY) on Sunday. Dani Peay staked the Eagles to an early 2-0 lead with a pair of goals. Notre Dame cut McDonogh’s lead to one twice in the contest, but each time the Eagles responded, first with a goal from Kallista Wethern and with the clincher from Lilly McCarthy, on a penalty kick.

On Saturday, the Eagles opened with a 5-0 win over another Notre Dame Academy squad, this one from Toledo, Ohio. Baylee DeSmit scored twice in the victory, while single goals were netted by Alayna Lynchard, Peay and Ryan Yospa.

The wins did not come without a cost, however, as DeSmit exited Friday’s game with a knee injury and starting goalkeeper Abby VanMetre suffered a scary collision with the goalpost on Saturday. VanMetre left the field on a stretcher and went to local hospital, but later reports indicated she escaped serious injury and should be fine.