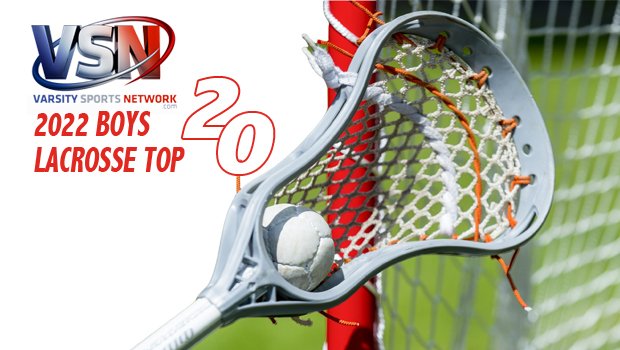 McDonogh School, which started at No. 1 in VSN’s Boys Lacrosse Top 20 poll, again has the top spot after a compelling to the nation’s top prize last week.

The Eagles defeated St. Mary’s, 14-8, in the MIAA A Conference title game at Navy-Marine Corps Memorial Stadium Friday evening in Annapolis. The Owings Mills school edged then-defending champ Boys’ Latin School on a goal at the buzzer in regulation.

It’s the first MIAA A crown since 2016 for McDonogh, which was the tourney’s No. 5 seed. It’s the second straight year the playoff fifth-seed defeated three higher seeded clubs to win the coveted title.

Severna Park will attempt for a record-tying sixth consecutive state public title Wednesday against No. 12 Mount Hebron in the Class 3A final at Loyola University’s Ridley Athletic Complex.

Broadneck looks to end its title drought Thursday against Montogmery County’s Winston Churchill in the 4A finale. The Anne Arundel County school last won a state title in 1997.

Tuesday, Southern will try to make it a title trifecta for Anne Arundel as the Bulldogs take on No. 15 Fallston in the 1A championship game. Fallston is the defending champ.

The final VSN Boys Lacrosse Top 20 of the spring will be released early next week.

This week: vs. No. 12 Mount Hebron, 3A state final at Ridley Athletic Complex (Loyola University), May 25

This week: vs. Winston Churchill, 4A state final at Ridley Athletic Center (Loyola University), May 26

This week: vs. No. 9 Severna Park, 3A state final at Ridley Athletic Complex (Loyola University), May 25

This week: vs. Southern, 1A state final at Ridley Athletic Complex (Loyola University), May 24