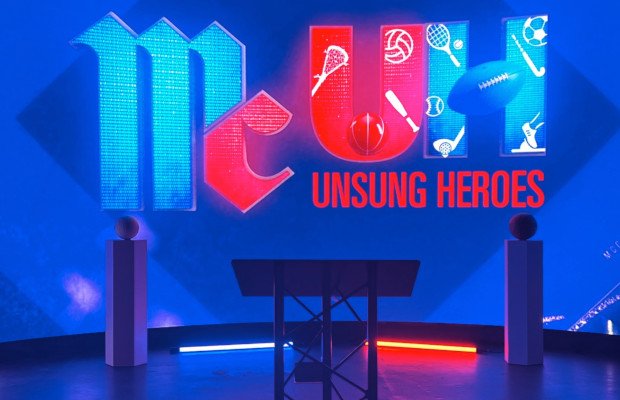 The 82nd annual McCormick Unsung Hero Awards are set to take place on Monday, May 9 and for the third consecutive year the event will take place virtually as 98 Baltimore area student-athletes are honored for their selfless dedication to their teams and schools.

The McCormick Unsung Hero Awards were founded in 1940 by then McCormick president Charles Perry McCormick, with the goal of recognizing local football players for unselfish team play and to honor those who contributed substantially to the success of their teams without receiving acclaim.

In the years since the awards have grown and expanded. In 1987, female basketball players were added to the event and in recent years the decision was made to honor male and female athletes from all sports.

Part of the excitement has always been an inspiring congratulatory message from a prominent athlete or public figure and 2022 will be no different. Former Division I and semi-pro volleyball star Victoria Garrick, now a renowned podcaster and TED (Technology, Entertainment, Design) Talk content creator, will provide this message.

Scott Garceau, the event’s longtime master of ceremonies, will also be on hand to introduce all of the honorees and DJ Kopec will set the mood with his music.

That’s a total of $105,000 in scholarships, which will bring the total amount awarded by McCormick to more than $2 million.

Monday’s event will be streamed from 6:00-7:00 p.m. and can be viewed live at https://www.mccormickunsungheroes.com/event-stream.