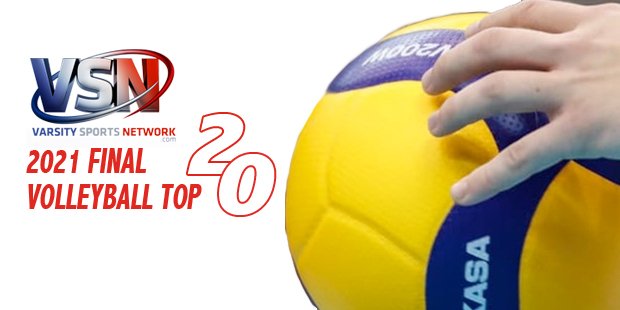 Undefeated Maryvale Prep, which did not lose a single set on its way to the IAAM A Conference volleyball championship, finished as the No. 1 team in the final VSN Volleyball Top 20 of the 2021 season.

Arundel finished at No. 2 after completing a 19-1 season and winning the Class 4A state championship and Reservoir jumped up to No. 3 in our final rankings after its run to the 3A state crown.

The Gators also led a waive of upward mobility for Howard County teams, who beat up on each other during the regular season and then only lost to each other in the state tournaments. Howard, which shared the Howard County title with Reservoir, finished at No. 4 and Centennial rounded out our final Top 5 at No. 5.

Centennial jumped nine spots to reach the Top 5. No. 6 River Hill also moved up nine spots, based on the clear strength of the Howard County competition, followed by No. 7 Glenelg, which leapt 11 spots after winning the 2A state title.

Our final poll also includes Poly, which enters at No. 19 after reaching the Class 3A state quarterfinal,  and Dulaney returns as part of a three way tie for No. 20.