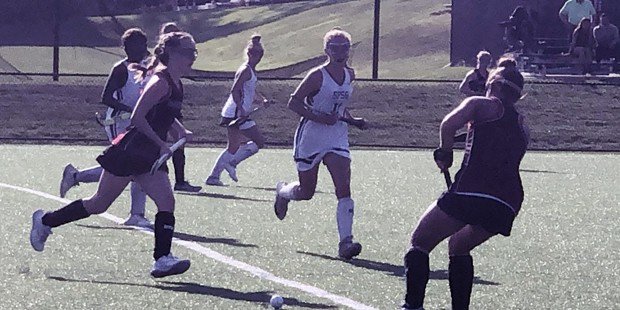 In a non-league IAAM field hockey match, Wednesday in Brooklandville, visiting Maryvale Prep made the short trip down Falls Road to open its 2019 field hockey season against neighboring St. Paul’s School for Girls and it was a successful journey for the Lions as they came away with a 3-0 victory.

Lizzie DeGuzman scored the first Maryvale goal, in the opening half. Emma Radebaugh then doubled the advantaged, with 24 minutes to play in the second half and the Lions added a third goal down the stretch.

Maryvale plays in the ultra competitive IAAM A Conference where all four of the Lions league rivals ranked in the top five of VSN’s Field Hockey Top 20. After a stint in the A Conference, St. Paul’s has moved to the IAAM B this fall where the Gators hope to contend for a league title.