Maryland and Pennsylvania set to resume Big 33 rivalry on Monday 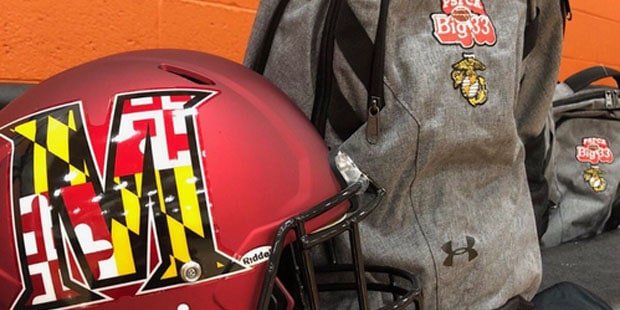 Team Maryland is set to take another shot at its much larger northern neighbor when it travels to Harrisburg on Monday, for a Memorial Day clash with Pennsylvania in the 64th Big 33 Classic, one of the nation’s premiere high school football all-star games.

The game, which has seen at least one of its alumni appear in every NFL Super Bowl, returns after being cancelled in 2020 because of the COVID-19 pandemic, leaving Maryland with a two year wait to erase the bad taste of 21-0 loss to PA in 2019.

The game, which kicks off at 1:00 p.m. on Monday at Landis Field, will be televised nationally by Sinclair Broadcasting and can be seen locally on the CW Network.

After a previous stint in the series, Maryland returned to the Big 33 Classic in 2013 and suffered a 58-27 loss. The very next year, however, Maryland captured a 31-24 double overtime victory. Reggie White, Jr. of Milford Mill caught a 25-yard TD pass from Westlake’s Antwaine Carter, on the first play of the second overtime for the game-winner. White went on to play briefly with the New York Giants in the NFL and currently plays for the Montreal Alouettes of the Canadian Football League.

Pennsylvania won the next three, but Maryland returned to the win column in 2018, without scoring a touchdown, as three field goals from River Hill’s Cooper McGeehan, including the game winner with 10.5 seconds to play, produced a 9-6 victory.

One of the local products attempting to lead Maryland to victory will be Mount St. Joseph quarterback Billy Atkins, who guided the Gaels to the 2019 MIAA A Conference championship. Atkins, who will play at James Madison in the fall will get to throw to St. Joe teammate Ausar Crawley (Morgan State) and McDonogh wide out Jamir Roberts (UMass), while John Carroll running back Roman Hemby (Maryland) will get plenty of touches.

Meade’s T.J. Speight (Monmouth) will also be counted on for big plays on the offense and special teams, while St. Frances Academy’s Elihah Jackson (Rhode Island) will help pave the way on the offensive line.

Two local specialists will also be a part of the team as Calvert Hall’s James Fineran (Pittsburgh) will handle the long snapping and Kevin Roberts of Fallston (Lebanon Valley) will be the team’s place-kicker.