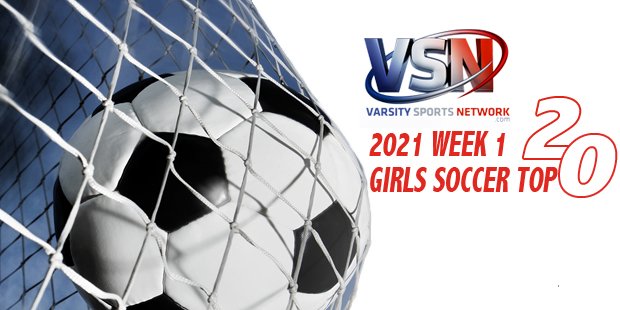 Mustangs win Crofton Tournament, including win over preseason No. 1 Mercy

Right off the bat, the girls soccer season saw a major upset as then-No. 15 Marriotts Ridge knocked off then-No. 1 Mercy, 3-1, at the Arundel Tournament and went on to win two games at Anne Arundel County’s newest school.
The Mustangs’ big win advanced them to No. 4 in the Week 1 VSN Girls Soccer Top 20, while the Magic slipped all the way back to No. 7.
McDonogh School and Broadneck, which have yet to open their seasons, moved up to the top two spots. Archbishop Spalding also moved up one slot, after a 7-0 win over St. Mary’s-Ryken, to No. 3 and Perry Hall, which is also awaiting its opener, stayed put at No. 5.
Here is the complete Week 1 VSN Girls Soccer Top 20:

4. MARRIOTTS RIDGE
Record: 2-0
Preseason ranking: 15
Note: The Mustangs make big leap with a pair of wins at Crofton Tournament, including a 3-1 victory over then-No. 1 Mercy.

7. MERCY
Record: 1-1
Preseason ranking: 1
Note: The Magic’s stay at No. 1 was short lived, as they were surprised by then-No. 15 Marriotts Ridge, before rebounding to shutout then-No. 7 River Hill, at Crofton Tournament.

13. JOHN CARROLL SCHOOL
Record: 1-0
Preseason ranking: 14
Note: The Patriots opened with a win over Roland Park Country School. No. 2 Broadneck is up next at Mercy Showcase Saturday.

18. RESERVOIR
Record: 1-1
Preseason ranking: 3
Note: The Gators split a pair of games at the Arundel Tournament, topping Manchester Valley, before falling to then-No. 18 Hereford in final.