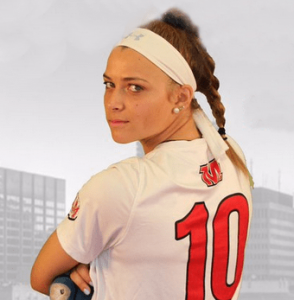 Since 2008, the Interscholastic Athletic Association of Maryland A Conference soccer championship has been the provence of just two programs — Archbishop Spalding and McDonogh.

And while both the top-ranked Cavaliers and No. 2 Eagles are threatening to run their combined reigns to a full decade this fall, at the very least both of them will be keeping a wary eye on a threat from a new contender.

After years of frustration, Mercy, now ranked fifth in the VSN Top 20, is positioning itself to be in the mix to garner its first-ever conference crown — still the only member of the five-team league that has never claimed a championship since the league’s inception in 1999.

This year is different, though, primarily because coach Doug Pryor’s squad boasts junior Ada Clare Tempert, who may be the most prolific player in the Baltimore metropolitan area, if not the entire state.

The determined forward has already totaled a whopping eight goals and seven assists for Mercy (5-1-1, 1-1 conference) in just seven matches.

Moreover, Tempert provides the Magic with a vocal leader whose many skills match her love of the sport.

Last week was another big one for the James Madison commit when she had a goal and assist against McDonogh in a 3-2 loss that prompted praise from Eagles’ coach Harry Canellakis.

“This is a good Mercy group. They have a very dynamic forward up front, which we had a lot of problems dealing with,” he said, alluding to Tempert. “We’re lucky to get out of here with three points.”

When a backline as talented as McDonogh’s has difficulty handling an opponent such as Tempert, it speaks well of her ability to bully her way to the goal.

She did just that after taking a 50-50 ball away from an Eagle defender before unleashing a 12-yard rocket of a shot she powered through the hands of junior keeper Abby Van Metre midway through the second half.

“(Like Ben), anytime she touches the ball she could be seconds away from assisting or scoring a goal,” Gill said. “It’s been really fun watching Ada develop into a leader the last couple of years at Mercy. She’s one of the most gifted athletes I’ve ever seen, but she also works hard for everything.”

Because of her burgeoning reputation for finding the net, rivals are quick to mark her with one or more players.

“She’s the most dangerous player in the state, by far,” Pryor said. “She consistently draws three players (to cover her). And that’s what happened against NDP (Notre Dame Prep, in a 3-0 Magic victory). A ball was played out of the back toward Ada and defenders went to cover her. They weren’t playing the ball, they were playing Ada.”

That, in turn, has given former Seton Keough standout Alexis Kasco more room to operate, and the new Mercy senior forward was up to the task against the Blazers by scoring all three goals in the win.

“That’s the kind of impact Ada has,” Pryor said. “She competes for all 80 minutes. She’s just a special player, the kind that comes along once every 30 years. She almost always gets hit on her way to the goal and the officials don’t usually call anything because she’s just so strong. She just plays through it. She’s a bull.”

Tempert came into the season with a hurricane-force wind of momentum at her back after leading her club team, Pipeline 2000, to a state banner in June.

All she did in the title match was to produce three goals and an assist in a 4-0 triumph over the Maryland Rush at the Maryland SoccerPlex sports complex in Boyds in Montgomery County. This came on the heals of leading Mercy to the IAAM B Conference lacrosse championship last spring.

Despite the disappointment of losing to McDonogh, Tempert sees better days ahead for the Magic.

“I honestly do think we can put it all together when we want to,” she said. “And I think there’s going to come a time when we just have to do it. But we have to pull each other along. We have to build each other up, not tear each other down. When we get our mojo and start working hard, in my opinion, it’s going to be very hard to stop us. And we can be confident, but not overconfident to the point were we lose.” 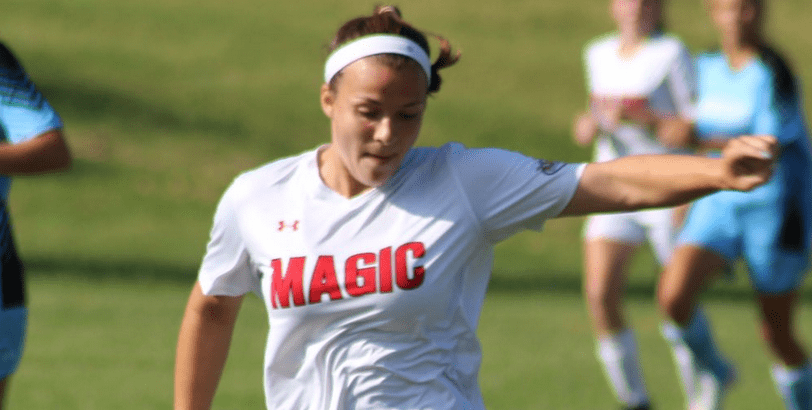