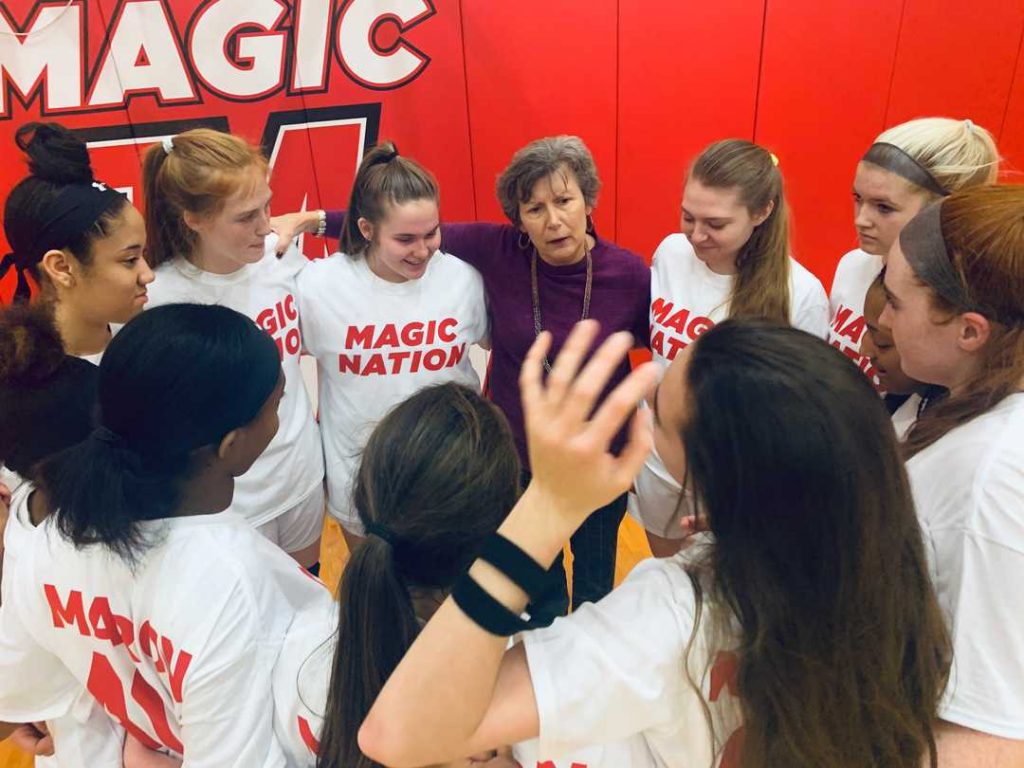 Mercy High School basketball coach Mary Ella Marion entered the weekend before Christmas with 398 career wins and a pair of home contests on the weekend schedule. She came out of it with an early holiday gift from her players.

With a 55-43 win over Fallston on Saturday, followed by a 31-30 victory over Our Lady of Mercy Academy from New York on Sunday, Marion has now reached 400 career wins.

Marion said she’s glad to reach the milestone with her current squad.

“They enjoy being with one another, they’re having fun,” said Marion. “They’re playing hard. We enjoy being around them because they enjoy the commitment that it takes to play basketball at the high school level.”

Marion, of course, is in her second stint as the head coach at her alma mater. Between 1995 and 2013 she led a Mercy program, which was frequently among the top powers in the IAAM A Conference. She stepped away from the sidelines, however, to battle breast cancer, leaving with a career record of 389-322.

Marion never left Mercy, however, transitioning from basketball coach and athletic director to Dean of Students. With the program struggling since her departure and an opening in place prior to the 2018-19 season, she returned to the bench. Mercy won just four games in Marion’s first year back, but the Magic is off to a 7-2 this winter.

The Magic gave Marion another milestone in her legendary career at the Northern Parkway school, but it wasn’t easy. Mercy led 26-14 after three periods before weathering a comeback by New York’s Mercy in the fourth.

Marion didn’t tell her players she needed one more win to reach 400 until before Sunday morning’s contest.

“We wanted to go out and play hard,” said Magic senior guard Kristin Edwards. “We wanted it for Miss Marion.”

Marion, who graduated from Mercy in 1976, has been a player, coach and administrator at the school, covering five decades.

“She is Mercy,” said Lennon.

“The opportunities I had here as a student shaped me into the person that I am today,” said Marion, who coached her daughter Maggie, who’s now an athletic trainer at the University of Illinois. “One of the great things about this school is its diversity and getting our girls ready for whatever there next step is. The leadership and faculty cares about every single kid.” 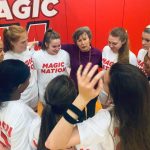 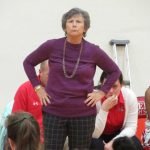