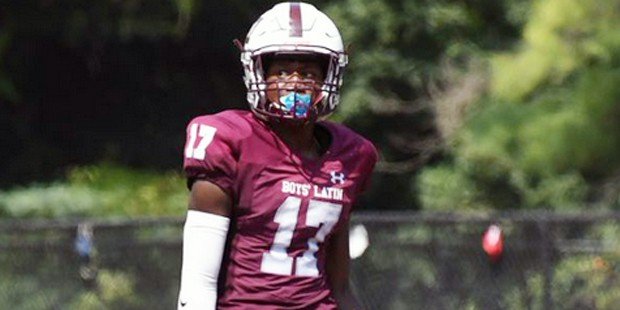 Having its MIAA B Conference game moved froward one day, because of an area wide shortage of officials, the Boys’ Latin football team had no problems getting its offense in gear as the Lakers went on the road and routed Archbishop Curley, 32-13.

Lymon has now thrown for 6 TDs, with 0 interceptions, in the last three games.

Defensively, the Lakers were led by Gavin Proutt, Lucas Hazard, Brayden Garland and Nate Crouse. Crouse also had a long kickoff return to set up a third quarter score.

Pictured above: Boys’ Latin quarterback Kaden Lymon threw for three touchdowns to lead the Lakers to a 32-12 win at Archbishop Curley.