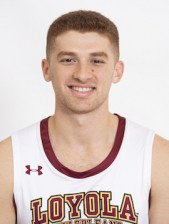 Loyola defeated Talladega (AL), 71-56, in Kansas City to capture its first NAIA crown since 1945. Fava went to Loyola as a graduate transfer, prior to the 2020-21 season, from the University of Florida, where he was twice named to the All-SEC Academic Honor Roll.

At Blakefield, he was a team captain his senior year and a two-time Baltimore Catholic League Honorable Mention pick.