Loyola’s Branon has an All-American weekend 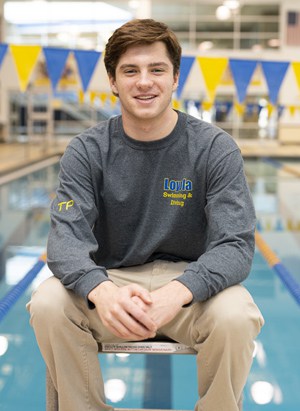 In leading the Dons to a third-place performance in the teams standings, Branon swam the butterfly length of the 200 medley relay with a blistering split time of 21.42 and the relay finished with a time of 1:34.58, which is a High School All-American submittable time.

Branon then followed that swim with a first place swim in the 200 freestyle with a time of 1:40.17 winning the event in over a second.

Finally, Branon swam his signature event, the 100 butterfly, and not only won the event by almost a second but also broke the National Catholic Meet Record with an automatic High School All-American time of 48.84. This is also a Loyola Blakefield school and MIAA league record.

Branon, in his final event, was the anchor on the Loyola Blakefield 400 free relay in which he swam a 100 free split in 44.86, which easily would have won the 100 free event if he were entered, and his split helped Loyola secure another High School All-American submittable time of 3:08.42.