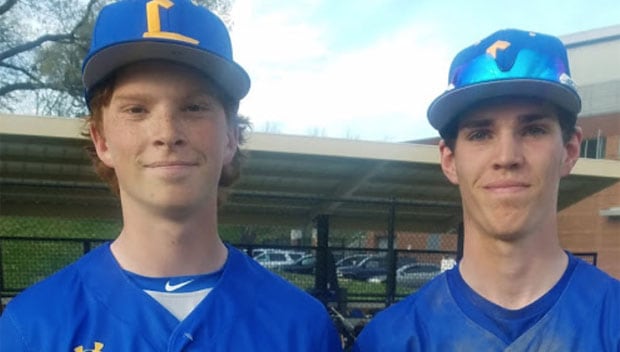 Those two schools are new to this week’s VSN Top 20, while there was some shuffling around of the other ranked teams as we gear up for post-season play, starting this Thursday with the state public schools open Sectionals in their respective regions, and the MIAA tournaments get underway on Friday.

Drawings for the seedings in the four classes – 4A, 3A, 2A and 1A – take place on Tuesday with Wednesday the last play date.

On the private school scene, coach Mike Kelly has got his now No. 10 Loyola Dons on a similar late season march a la 2017 when they stunned everyone by winning their first MIAA A Conference championship since 1946.

Loyola has won 11 of their last 13 games since a 1-6 start after being ranked No. 8 in the VSN preseason poll. At one point the Dons reeled off seven in a row and their pitching has made them a dangerous team in the upcoming six-team double elimination tournament for the 2019 MIAA A Conference championship.

The Glenelg Country Dragons lead the B Conference with a 15-2 league record, two games up on St. Vincent Pallotti (10-4) and three up on Boys’ Latin and Gerstell (10-5 each). The Dragons enter the rankings at No. 20, tied with Harford Tech of the UCBAC and GCS is ready to make a run at the MIAA B Conference title.

The Dragons only losses have come to Pallotti by 2-1, whom they play Tuesday and to Gerstell, whom they split with this season. Glenelg Country swept three-time defending B Conference champion Boys’ Latin by scores of 5-2 and 7-5.

Anne Arundel County will settle its overall championship at 7:00 p.m. Tuesday at Bachman Park in Glen Burnie as No. 5 South River and No. 6 Broadneck tangle. The Seahawks and Bruins tied at 12-4 each in league play, but in head-to-head action, South River was 2-0 against Broadneck to claim the regular season title.

Tuesday evening’s County championship game could be a preview of a possible Class 4A East Section II final which will send the winner to Region title game against the Section I victor where No. 9 Severna Park is the favorite.

This week: vs. Archbishop Curley, 5-7

This week: vs. No. 5 South River, Anne Arundel County Championship at Bachman Park, 5/7

This week: vs. Franklin, May 6