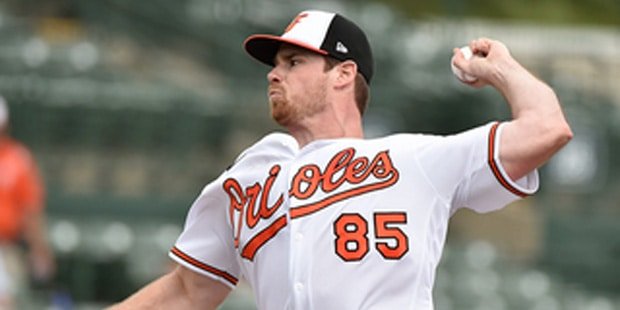 Bruce Zimmerman, a Baltimore native and a 2013 graduate of Loyola Blakefield, will make his major league debut Thursday evening with his hometown Baltimore Orioles. Zimmerman will start, at Oriole Park at Camden Yards, in game two of the Orioles’ double-header with the Tampa Bay Rays.

Zimmerman, who is 25, began his high school career at Cardinal Gibbons School, but transferred to Loyola after Gibbons closed its doors at the conclusion of the 2009-2010 school year. He was drafted in the 5th round of the 2017 MLB June Amateur Draft by the Atlanta Braves out of the University of Mount Olive (NC). Originally, he began his college career at Towson University.

In July of 2018 he was acquired by Baltimore in a multi-player deal that sent major league pitchers Kevin Gausman and Darren O’Day from the Orioles to Atlanta. He made five starts for AA Bowie in 2018, going 2-3 with a 5.06 ERA. He returned to Bowie for the start of the 2019 season and appeared in 18 games, making 17 starts. He went 5-3 with the Baysox while pitching to a 3.02 ERA and striking out 101 batters in 101.1 innings. That performance earned him a promotion to AAA Norfolk where he made seven starts, going 2-3 with a 5.12 ERA. In all, he struck out 134 batters in 2019, between the two levels, in just 140 innings.

Zimmerman was invited to major league spring training, for the first time, with the Orioles in February, before the spring season was shutdown by Covid-19. When baseball returned in June, Zimmerman was added to the Orioles 60-man player pool and participated in Summer Camp. He was then assigned to the team’s alternate training site in Bowie where he obviously pitched well enough to earn a look from the major league squad.

The Orioles, who remain in contention for the eighth and final spot in the expanded American League playoffs remain committed to evaluating their young prospects. Zimmerman will not be added to the Orioles active roster until after tonight’s first game, as the team recalled relievers Branden Kline and Evan Phillips to be available for first game, while designated for assignment veteran starting pitcher Asher Wojciechowski, who recently lost his spot in the team’s starting rotation.