Loyola and Gilman slide through to the second round 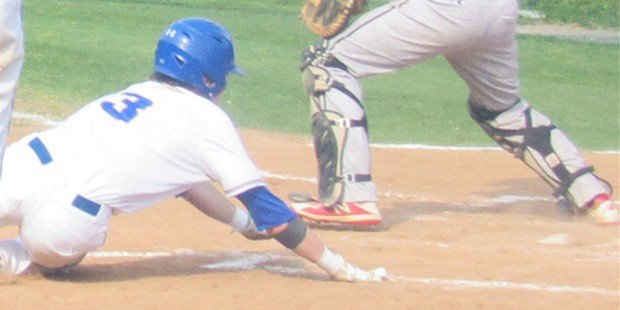 Defending champion Dons come from behind to knock off Spalding; Greyhounds upend Calvert Hall under the lights

The MIAA A Conference baseball tournament got off to an exciting start on Friday, as defending champion Loyola came from behind to down fifth-seeded Archbishop Spalding, 4-2, and sixth-seeded Gilman went on the road and upended third-seeded Calvert Hall, 4-3.

At Blakefield, the fourth-seeded Dons came back from an early 2-0 to defeat behind some timely hitting by Dominic Dinoto and a dominant four inning relief effort from Will Glock.

Spalding (16-12) broke on top in the first inning with a two run, two out single off the bat of Justin Pelletreau, plating both Matt Palumbo and Jonathan Brandt, who each had singled with one out.

Loyola (15-9) answered with three runs in the bottom of the second, taking advantage of some wildness by Spalding starter Zach Powers. Emmet Reynolds led-off the inning with a walk and after two were down, Jeff Snider also walked. Owen Reynolds then came through with an RBI single and after the second Powers’ second wild pitch of the inning put the runners in scoring position, Dinoto laced a line single to right to drive in a pair of runs.

Dinoto then plated an insurance run in the bottom of the sixth with a two-out single which scored Chris McDonald who opened the inning with a single and advanced into scoring position on a single by Snider.

Carson Barnes made the start for the Dons and navigated three innings with just the two first inning runs allowed. Will Glock then came on to toss four hitless innings as he dominated with four strikeouts.

Glock, however, did not escape without a few nervous moments in the seventh inning. With two out and no one on, Glock walked Austin Dillon and Peter Godrick followed by reaching base on an error. Then, Palumbo walked to load the bases. Glock bore down at that point and struck out Brandt to end the game.

“Glock was a bulldog,” said Loyola coach Mike Kelly. “Both pitchers, Barnes and Glock did what as a team you need seniors to do and that’s to battle and lead the way.” 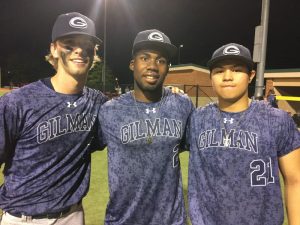 Under the lights at Calvert Hall, Gilman spoiled the evening for the hosts, after losing twice to the Cardinals in the regular season.

Willis did his part for his skipper, throwing two scoreless innings and then jumping on the first pitch of the second inning and driving well over the left-field fence for a home run and a 1-0 Gilman lead.

“I think I got into his first pitch,” said Willis of his home run. “I was sitting on the fastball and he came with it. I just put a good swing on it.”

The Greyhounds (13-12) made it 2-0 in the third when Gabe Gonzales, who had three RBI’s, drew a bases loaded walk off of Calvert Hall starter Dan O’Connor who was tagged with the loss.

Calvert Hall (17-9) struck back to tie the game in the bottom of third as the Cards greeted Matt Leikus, Gilman’s second pitcher of the night, with a two-run inning. Ethan Koster started the rally when he was hit by a pitch and Pete Marchineck followed with a single to left.

Garrett McIlhenney then hit what appeared to be a double-play ball to second, but it was booted, allowing Koster to race home with Calvert Hall’s first run. Parker Landwehr followed with a single to left to loadd the bases and bring J.P. Murphy to the plate. Murphy hit a one-hopper to Max Costes at third and Costes stepped on the bag for the first out of the inning, before throwing home too late to stop Marchineck from scoring the tying game. Leikus then stiffened to get out of the inning with a strikeout and a ground out.

The game remained tied until the fifth inning when Gonzales ripped a two-run single to center, with two outs.

“I was seeing the ball good the whole day,” said Gonzales. “I had two walks, so I was just sitting fastball. I knew if he threw me one I was going to rip it and I was fortunate enough to put my team up.”

With Jose Torres at the plate, the Gilman catcher made a throwing error on a pickoff attempt and Landwehr scored to pull Calvert Hall within one. Torres was then hit by a pitch to put the tying and go-ahead runs on base. Costes, however, picked up a big out when he struck out Mason Unfried and then ended the game by getting Dominic Freeberger to hit a game-ending fielder’s choice grounder.

“I think I really had my fastball working today,” said Costes. “I also realized I had a good defense behind me. I have the best outfield in the MIAA and my infield, we have been playing great the last couple of games. I could pitch to guys and not have to worry about striking them out.”

Sheets feels like his team is poised to make serious run at the title despite coming in as the sixth seed.

“I feel really good about our team,” said Sheets. “We’ve overcome a lot of injuries and young guys are playing, and doing well. So, let’s see what happens.”

Loyola and Gilman now advance to Monday’s second round. The Dons will visit top-seeded Archbishop Curley (25-4) in East Baltimore and the Greyhounds will travel to Bel Air to faced second-seeded John Carroll (19-4). Also on Monday, Calvert Hall will host Spalding the tournament’s first elimination game.

Pictured above: Loyola’s Owen Reynold’s dives across home plate to score the Dons third run of the second inning, giving them the lead for good. 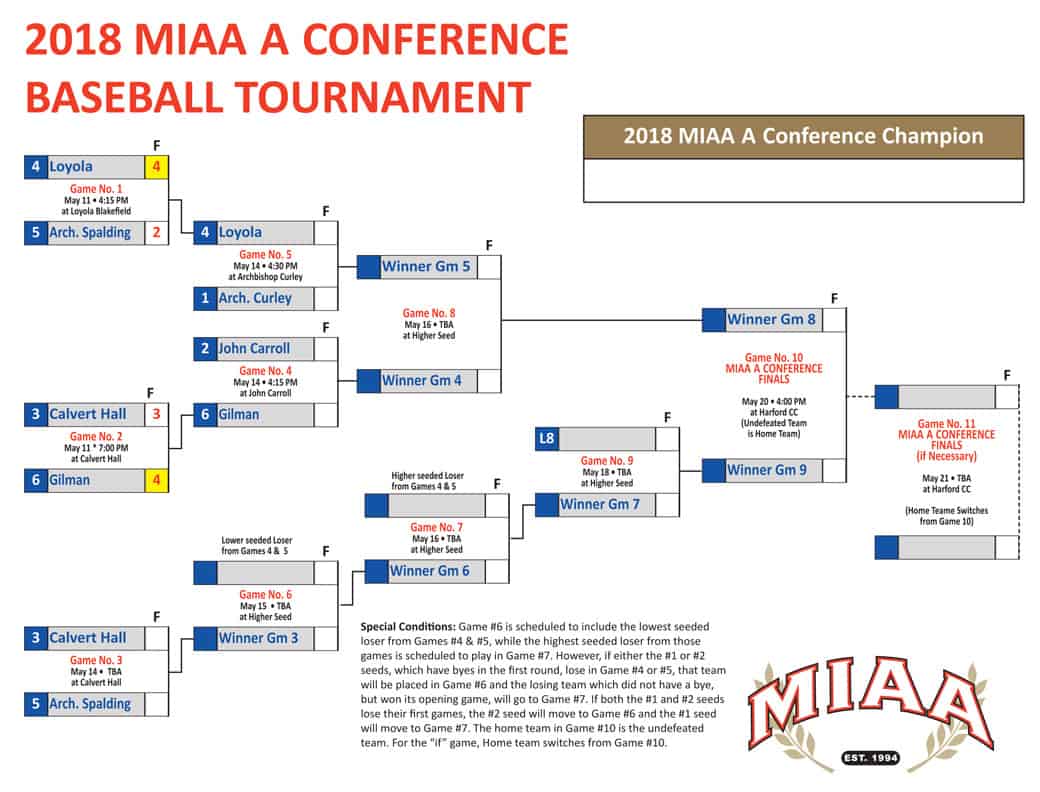