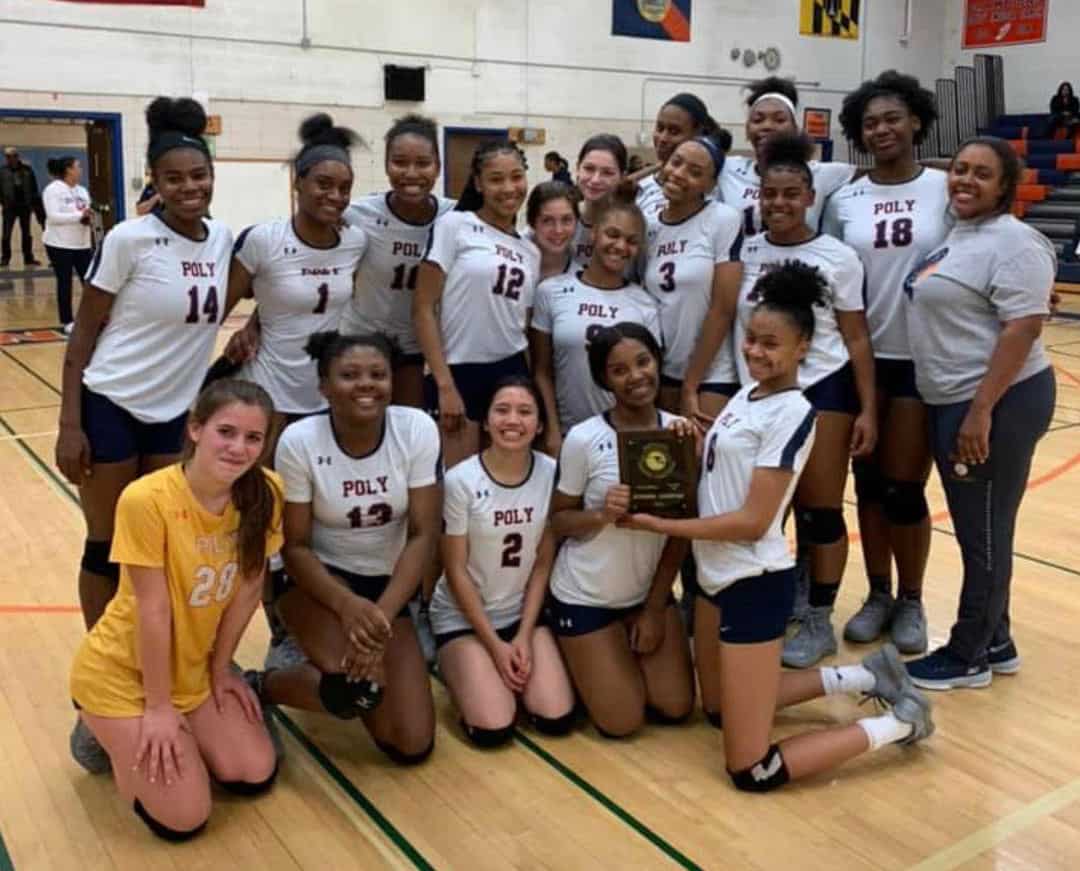 Although No. 19 Poly High dropped the first set against 17th-ranked Hereford on Wednesday night in the Class 3A North Region I volleyball final, the Baltimore City champ Engineers gave an inkling of just how good they could be by overcoming a 16-8 deficit with a 12-1 run to take a 20-17 advantage. 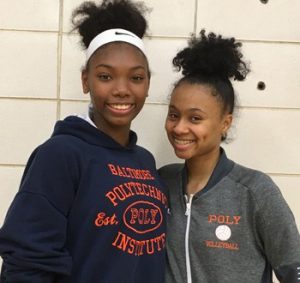 Poly middle hitters Courtney Roundtree (left) and Tenea Robinson were part of a potent front row that helped to dispatch No. 17 Hereford in the Class 3A North Region final Wednesday night in North Baltimore.

The Bulls, fresh off a second consecutive Baltimore County championship, showed some resilience of their own by rallying behind three aces by Autumn Meadowcroft and kills by Bailey Meadowcroft, Shelby Jones and Lily Gaffney to capture the first set.

Under the new state postseason format, the eight region winners (now two from each) for each classification will be reseeded base on their regular season record.

Beside her work at the net, Robinson was a monster from the service line as well, winning half of the final set’s 12 points on aces.

Included in the withering closing run were two resounding Roundtree kills on perfect assists by setter Imani Morris and another kill by Homer.

“Imani and I had a great connection tonight,” Roundtree said.

Taking down a second consecutive Baltimore County opponent — the Engineers topped Towson in a semifinal — did not surprise Poly coach Kendall Peace-Able that much.

“It shows how hard we’ve been working to get here,” she said. “And it shows that Baltimore City teams are just as reputable as Baltimore County teams.”

“When we lost that second (set), that’s when the momentum changed,” he said. “And if we had won the third (set), things could have been different. But (Poly) is a very good team. If you have the players, you can win. And they have some very skilled players and they’re well coached.”

Hereford setter Emma Clark, who had a team-best 22 assists, said that moving up to 3A was a challenge for the Bulls.

“We really didn’t know anything about this team,” she said. “There were a lot of unknowns. And this was a really tough environment to come into. But Poly was very scrappy and aggressive — it was hard to find the floor against them. I have high hopes that they’ll really give Bel Air a run for their money.”

Robinson, who her coach called “consistent” from the service line, said that she was thinking about last year’s five-set gut-wrenching loss to Huntingtown in the regional final as she closed out the Bulls.

Roundtree said that she thinks the Engineers will be ready for their state quarterfinal opponent.

Peace-Able said that her team earned its ticket to the next round.

“You get what you work for,” she said. “We worked hard for this. You can’t coach heart, and we’re not going to lay down.”