Lower seeds prevail in MIAA B baseball opening round 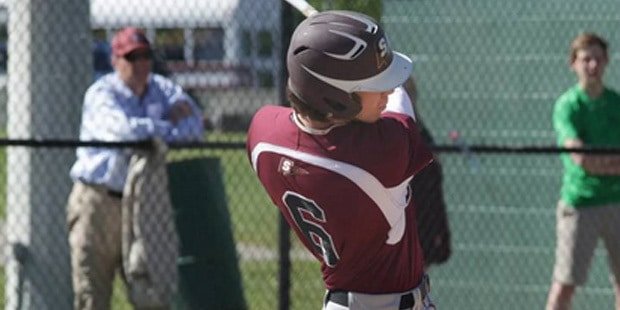 The MIAA B Conference Baseball Tournament got underway on Friday and both lower seeds went on the road to win, each in impressive fashion, as both fifth-seeded Severn and sixth-seeded Gerstell Academy moved forward in the championship bracket of the double elimination tournament.

In Frederick, Gerstell knocked off third-seeded St. John’s Catholic Prep, 7-4, in eight innings, rallying from a 4-0 deficit in the sixth. After tying the game with four funs in the sixth, the Falcons scored scored three times in the top of the eighth to advance.

After two were down in the eighth, Gerstell (10-9) loaded the bases and then scored twice on a infield throwing error which would have gotten SJCP out of the inning. Chris Hagan then drove in the third run of the inning with a single. In the sixth, Gerstell followed a walk and a hit by pitch with four consecutive doubles of of St. John’s ace AJ Javitt to get the game even.

Reece Early took the mound for the Falcons, at the start, and went 3.1 innings, giving up four runs (2 earned) and Matthew Szedlock followed with 4.2 innings of shutout relief to earn the win.

Gerstell trailed St. John’s 4-0 in the top of the 6th when a walk, a hit batter and three consecutive doubles off of Javitt tied the game at four. In the top of the 8th Gerstell loaded the bases with two outs and pushed two runs across the plate on an errant throw to second by the SJCP shortstop. Another single by Hagan gave the Falcons the 7-4 lead and Szedlock closed the door in the bottom of the eighth.

At Panther Park in Laurel, fifth-seeded Severn jumped out to a 7-0 lead in the fourth and added a grand slam home run by Alex Rozner in the seventh to cruise to an 11-1 win over fourth-seeded St. Vincent Pallotti.

Jimmy Riley went the distance for Severn, surrendering only four hits and never really being threatened. Aided by some double plays and a great diving catch by Everett Cortes, Riley was well served by the Severn’s defense.

Offensively, Rozner led the way with two hits and six RBI’s. Four of those RBI’s came on his monster slam in the top of the 7th to ice the game.

Gerstell (10-9) advances to play second-seeded Glenelg Country (12-8) on Monday in Ellicott City in the championship bracket and Severn will advance to play at top-seeded Boys’ Latin (18-5) on Monday. Pallotti (12-11) and St. John’s (12-7) will battle for survival in Frederick Monday afternoon in the first elimination game of the tournament.

Pictured above: Severn’s Alex Rozner drove in six of his team’s 11 runs, including four with a seventh inning grand slam. 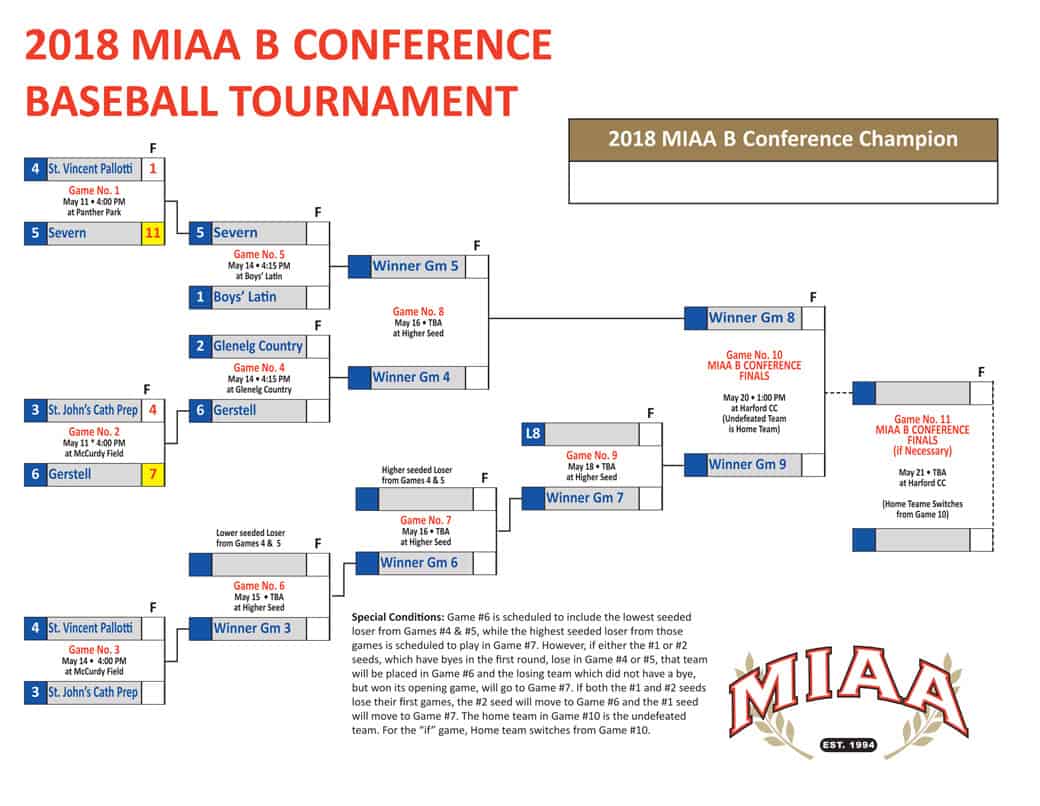