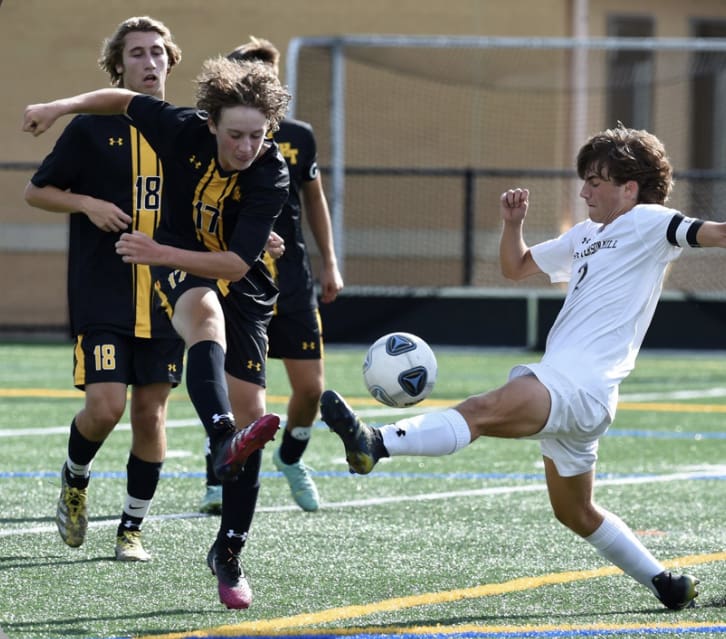 The Cobras were first making their state semifinal appearance since 2006. Their opponent Century was the reigning state champion with two championship and six state final fours on its resume.

After 80 minutes, Century’s reign was over and Harford Tech’s on the doorstep of history. The Cobras defeated the Knights, 2-1, at Montgomery County’s Blair.

It was heartbreak for fourth-ranked Severna Park and No. 20 Glenelg, who lost in semifinal action Saturday. The Gladiators dropped a 1-0 decision to Parkside from Wicomico County in the other 2A semifinal while Northwestern from Prince George’s topped the Falcons, 2-1, in overtime, in a 4A semifinal.

The Falcons (15-2-1) led 1-0 on Andrew Handen’s goal in the closing seconds of the first half. Northwestern pulled even, in the 63rd minute, on Josue De La Paz Mejia Rico’s tally.

Severna Park last won the 4A state title in 2013. It’s wait until next year, again, for Glenelg as Parkside won an epic 10-9 penalty shootout.

It was the first state semifinal since 1997 for the Gladiators (10-3-3 overall), who won state titles in 1992 and 1997. Parkside will play Harford Tech, which got first half goals from Aydin Blevins and Thomas Geyer before holding off Century (14-3-1) in the final 40 minutes.

Cooper Santos tallied with five minutes left in regulation for the Carroll County squad, which pressured the Cobras in the final 10 minutes. The Knights were attempting to become the first area team to win back-to-back since Marriotts Ridge’s run of fourth straight (2009-2012) a decade ago.

Fallston won in the 1A semifinals Friday at Northeast while 13th-ranked C. Milton Wright advanced to a fourth straight 3A state final Saturday with a victory over Frederick County’s Tuscarora at Linganore in Frederick.