No. 13 Lightning strike 7-0 with victory over Wilde Lake; Saunders has 126 yards, TD 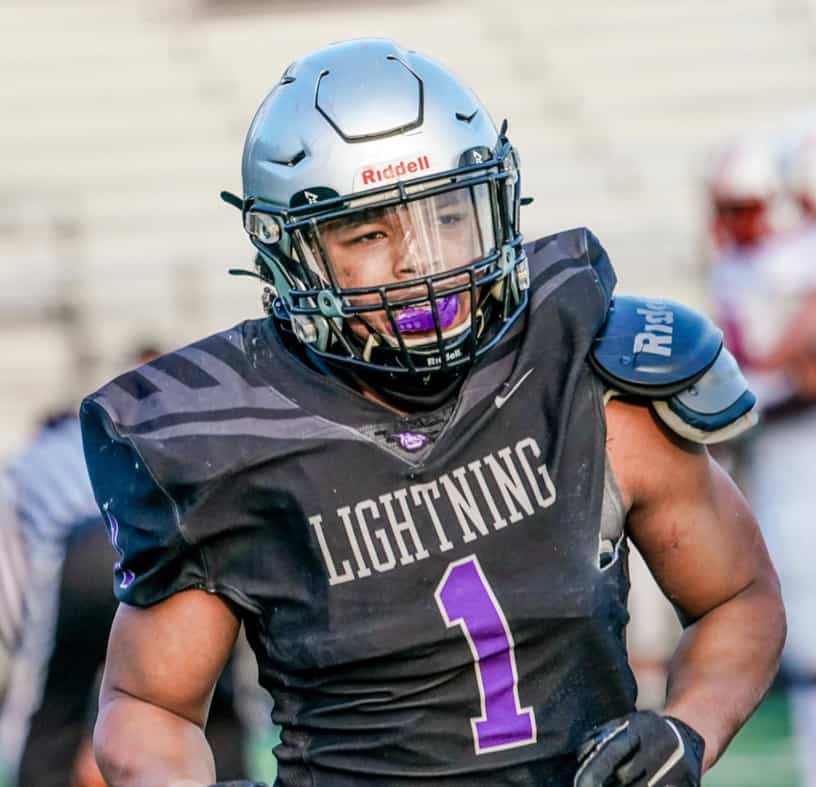 Julius Saunders had another big game for Long Reach football Friday. The senior rushed for 126 yards and a touchdown as the 13th-ranked Lightning improved to 7-0 with a 12-0 victory over Wilde Lake in Columbia.

With its remaining games against Columbia rivals, Long Reach High’s road to the Howard County football championship will not be easy. Their path got a little easier Friday evening.

The No. 13 Lightning remained undefeated in HoCo play with a 12-0 victory at Wilde Lake. Daniel Ribalta and Julius Saunders each scored a touchdown for Long Reach.

The Lightning combined a well-rounded defensive effort with Saunders’ running to improve to 7-0 overall and league play. Saunders rushed for 126 yards on 19 carries.

Long Reach’s defense forced and recovered two fumbles and came up with an interception, becoming the first opponent to shutout Wilde Lake (3-4 overall, 3-4 Howard) this season.

“Our defense – when it counted in the red zone they shut them down. And the great thing about football is it’s a team sport; it takes more than one person, and my kids just keep showing up week in and week out,” Long Reach coach Jamie Willis said.

“They’re a good football team, they’ve gotten better each week. We’re just continuing to try to get better and sometimes the [opposing team] makes plays and sometimes you make plays. Fortunately for us, we were able to make plays in the red zone tonight.”

Before Saunders’ 29-yard touchdown run, quarterback Alexander Coffey linked up with receiver Daniel Ribalta for a 19-yard touchdown with 4 minutes, 20 seconds remaining in the first.

Saunders said “just paying attention during practice, doing what we need to do on the field, and staying in the game,” was key Friday.

“Defensively, they stepped up huge. We got into the red zone and we fell apart and we can’t do that,” Wilde Lake coach Brian Henderson said. “We had the opportunities and we just didn’t take advantage of them.”

“We all know we’re 7-0 and we’re the only undefeated in the county,” said Saunders, a senior, “but we’re just staying level not letting it get to our heads.”