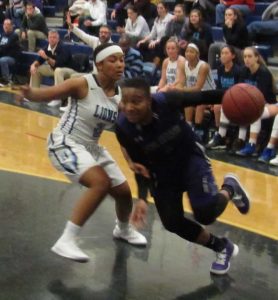 Long Reach’s Kiana Williams drives past Howard’s Marisa Sanchez-Henry during the first half of Wednesday’s Howard County girls’ basketball contest. Williams and the No. 9 Lightning had their way against the fifth-ranked Lions’ defense, claiming a 70-51 decision in Ellicott City.

Long Reach High’s girls’ basketball team made a statement on Wednesday night that may well reverberate throughout Howard County for the foreseeable future, going into Howard’s home gym and wreaking havoc on the Lions’ usually-staunch defense.

The aptly-named Lightning, whose whippet-quick guards, junior UMBC recruit Lyric Swann (19 points) and senior Bethune-Cookman commit Kiana Williams (12), were a major reason why ninth-ranked Long Reach’s offense was so effective in the decisive 70-51 triumph over the defending county champions.

In their eight previous wins, the fifth-ranked Lions had not given up more than 36 points in any game and had allowed only one other opponent to score more than 30 points this season.

Long Reach (5-0 overall, 4-0 Howard) totaled 31 points by halftime, and only picked up the scoring pace over the final two quarters.

“I felt like, as a team, we played together and shared the ball,” said Williams. “We were coming down the court and running our sets — just working as a team.”

Howard coach Scott Robinson knew his team would be challenged by Long Reach’s speed and talent, even though he said the Lions held the Lightning to 32 points in Howard’s victory last winter.

“I mean, 51 points should be enough (to win),” he said. “But they’re just difficult to defend. In my seven years coaching at Howard, that’s the most talented team we’ve played.”

While being very effective with the ball, the Lightning also played some tough defense, limiting Howard’s high-scoring tandem of senior guard Courtney Furr (5) and Taylor Addison (11) to a combined 16 points.

Howard (8-1, 3-1 Howard) spurted ahead, 26-25, midway through the second quarter on a three-pointer by sophomore guard Maria Sanchez-Henry, although the advantage was short-lived because the Lightning ended the first half on a 6-2 run and then added the first four points of the third period on consecutive baskets by junior guard/forward Arianna Briggs-Hall to go up, 35-28.

Leading, 49-41, heading into the fourth quarter, Long Reach broke the game open on an 11-0 outburst on a Williams drive, a three-pointer by junior guard Jaelyn Swann, two free throws and a layup by Lyric Swann and a left-handed finish by junior guard/forwad Haley Thompson to build a comfortable 60-41 bulge.

“I didn’t think we’d be able to score 70 points against them, either,” Long Reach coach Kelli Cofield said. “I thought we could get 55 or 60 against them.”

Cofield lauded Jaelyn Swann for her defensive effort against Furr.

“Courtney is a talented player, and we just wanted to face-guard her, and always know where she is,” the coach said. “If she made a contested shot, that was OK, but we didn’t want her to get any open shots. Jaelyn did a great job on her.”

Williams said she is hoping the win will propel the Lightning to even bigger and better things.

“I’m just so happy with my team,” she said. “We want to keep playing as a team and being undefeated. It’s my last year, here, so I want to go out with some rings.” 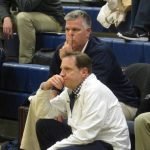 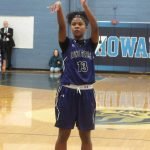 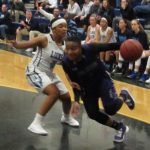 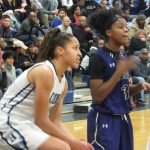 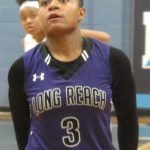 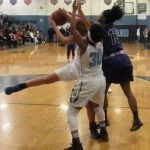 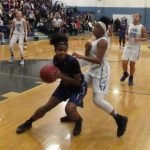 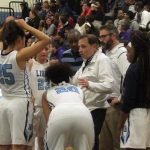 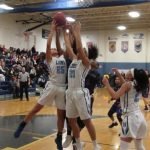 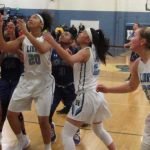 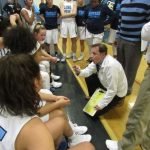 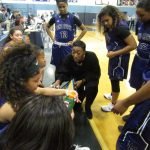 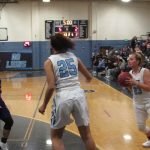 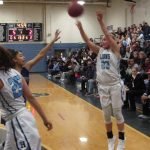 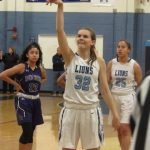 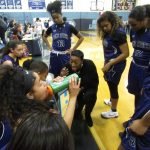 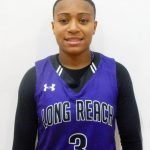 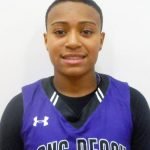