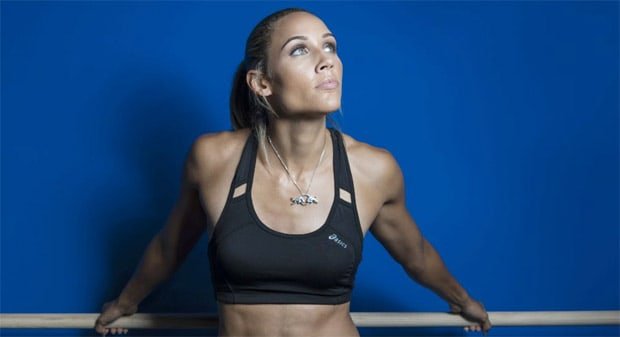 Lolo Jones, a three-time Olympian who has represented the United States in both the Summer and Winter Olympics, will be the keynote speaker at the 79th annual McCormick Unsung Hero Awards, to be held May 13, 2019 at Martin’s Valley Mansion in Cockeysville, Maryland.

Jones joins Dot Richardson (2007), Cathy Rigby (1999), Mary Lou Retton (1992) and the great Jesse Owens (1971) as former Olympians who have served as the keynote speaker at the Unsung Hero Awards. The event has attracted an extremely impressive list of distinguished speakers through the years, including Baltimore Ravens’ Hall of Famer Ray Lewis (2017), NFL great and future Hall of Famer Peyton Manning (2015), Dr. Ben Carson (1998), Johnny Unitas (1977) and Brooks Robinson (1975 and 1964), among scores of other inspirational and acclaimed individuals from across the spectrum of sports, entertainment and politics. 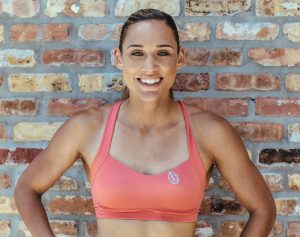 Three-time Olympian Lolo Jones will speak to the 2019 McCormick Unsung Heros on May 13th.

“I’m a former Baltimore County runner and hurdler from Milford Mill High School,” said Lori Amos Robinson, Vice President of Corporate Branding, Communications and Community Relations for McCormick & Company. “Track & Field has been a true passion of mine for many years. I’ve always admired Lolo. She’s an amazing athlete and she gives back to the community. It takes a lot of toughness and dedication to become World Champion and make it to the Olympic stage. I am so excited to meet her in person.”

Jones’ beauty has earned her the honor of gracing the covers of scores of magazines, including Sports Illustrated, Time Magazine and Fitness Magazine. In 2014, she was a contestant on ABC’s Dancing with the Stars. Jones has also acted in television shows and made numerous guest appearances on programs such as the Tonight Show.

Born Lori Jones in Des Moines, Iowa in 1982, she became known as Lolo to avoid confusion with her mother, who is also named Lori. As a child she attended eight different schools in eight years, as her mother worked two jobs to make ends meet. Her father was largely absent from her life, as he spent most of Jones’ early years in the Air Force and, later, in state prison.

When her mom moved to another town in Iowa to pursue work, as Jones entered high school, she stayed in Des Moines. She lived with four different families during her high school years, in order to attend Theodore Roosevelt High School and train in pursuit of her blossoming dreams in track and field.

Ultimately, Jones was nurtured by the entire track community in Des Moines. Despite the instability in her home life, she excelled in the class room and even played the cello in the school orchestra. On the track, she continued to progress and as a senior she set the Iowa state record in the 100-meter hurdles with a time of 13.40. That same year she was named the Gatorade Midwest Athlete of the Year.

She repeated as a relay national champion in 2004. She also won the 100-meter hurdles at the Midwest Regional, the SEC Championships and the Penn Relays. Jones achieved All-American status 11 times during her LSU career and was a six-time SEC champion.

Jones nearly retired from track after failing to qualify for the 2004 Summer Games in Athens, Greece, but ultimately continued in the sport, holding down various part-time jobs, just to survive, in between training sessions.

A devout Christian, Jones often prays before her competitions and openly discusses her faith in interviews and on her social media outlets. Although she now resides in Baton Rouge, Louisiana, she remains involved in her hometown community in Des Moines, making numerous donations to Roosevelt High School to improve their track facilities and her initial gift fueled fund raising efforts to assist a single mother who lost everything in the 2008 Iowa floods.

She also established the Lolo Jones Foundation, which has a mission of “empowering and inspiring individuals who face the most socioeconomic hardships to realize their potential through engaging community programs and initiatives.” The foundation is focused on the core demographics of single mothers, families of incarcerated loved ones, and poverty stricken communities and youth. The foundation’s signature initiative is Hurdles of Hope, a program which seeks to address barriers and challenges faced by families with incarcerated loved ones.