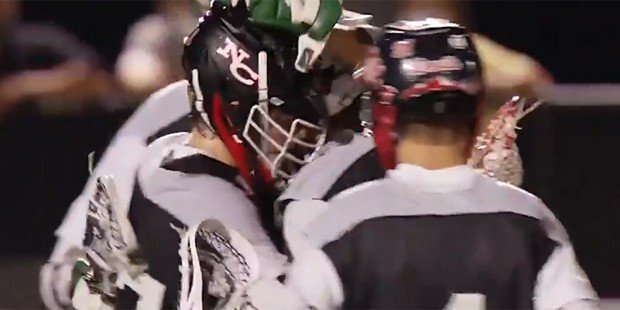 The loss of the spring high school lacrosse season and the inability of local teams to practice together, until recently, certainly was evident on Day 1 of the National High School Lacrosse Showcase, being held this weekend in Howard County, as several MIAA A Conference struggled powers struggled at the start of pool play.

McDonogh and Loyola were the only teams to post winning marks on the day, both going 2-1, while Calvert Hall went 1-1 and Boys’ Latin and Gilman each went 1-2.

While the A Conference squads had their struggles, Saints Peter & Paul, which plays in the MIAA B Conference, had a 3-0 day in the Blue Bracket. The Sabres opened with a 15-3 win over Team Avatar (GA), edged the DC Bulldogs, 11-10, and slipped past the Stars (MD), 7-6.

As the tournament moves to the quarterfinal round on Friday morning, Saints Peter & Paul will face Taft School at 10:00 a.m. Also in 10 a.m. quarterfinal games, McDonogh will challenge Culver Academy and Loyola will meet Episcopal (VA).

Calvert Hall, Boys’ Latin and Gilman did not qualify for the championship bracket and will each play a pair of consolation games. The Cardinals will face St. St. Stephen’s/St. Agnes at 9:00 a.m. and the Black Grizzlies at 11:00 a.m. BL challenges Conestoga at 9 and Fog City at noon. Gilman defeated the Stars, 10-7, in a 8 a.m. contest and will face St. Stephen’s/St. Agnes at 11.