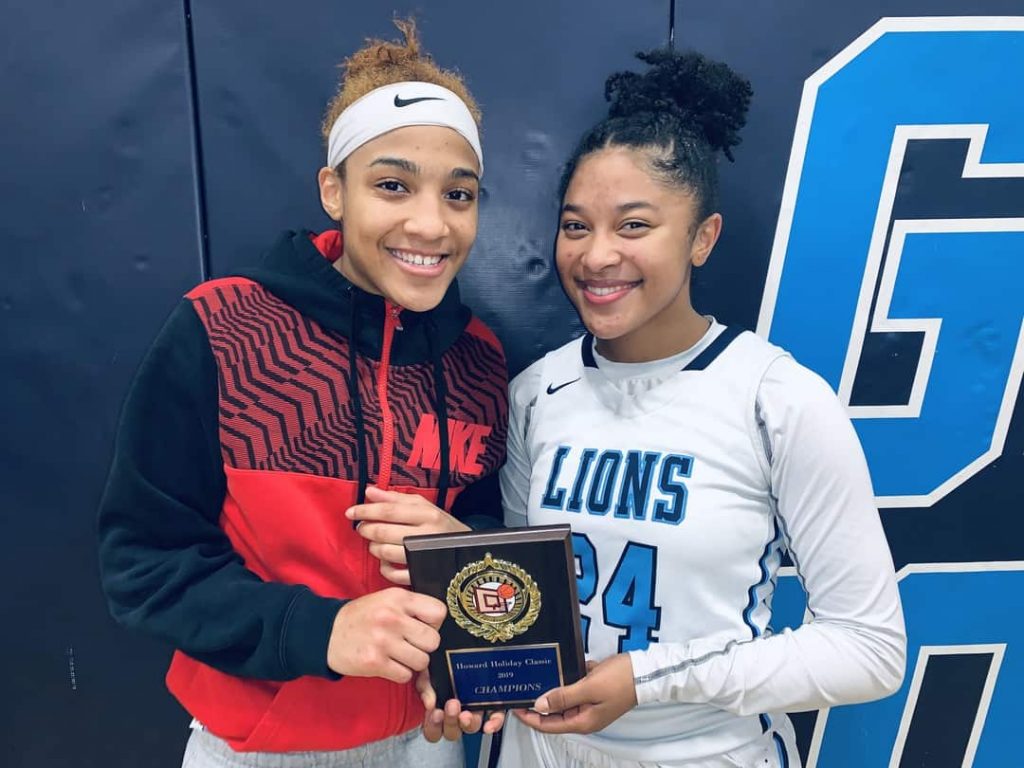 Anii Harris (left) and Marisa Sanchez-Henry each had 17 points as fourth-ranked Howard defeated No. 14 Reservoir in Howard County girls basketball action in Ellicott City Wednesday evening. The Lions are 10-0.

Despite a ginormous performance from Reservoir High’s Tiffany Hooker, fourth-ranked Howard remained undefeated with a 68-63 victory over the No. xx Gators in a Howard County girls basketball contest in Ellicott City.

Hooker, a senior guard, finished with 36 for Reservoir (6-2, 3-2 Howard). She scored 25 in the second half as the Fulton school stayed on the Lion heels most of the game.

In the end, Howard’s all-around balance proved too much. The Lions and No. 10 Old Mill are the area’s only undefeated girls programs.