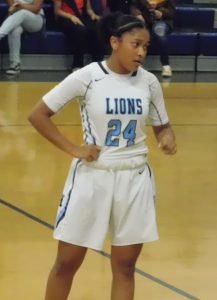 Marissa Sanchez-Henry had 15 points for Howard in its victory over No. 12 Reservoir. The No. 7 Lions remained tied for first in Howard County girls basketball.