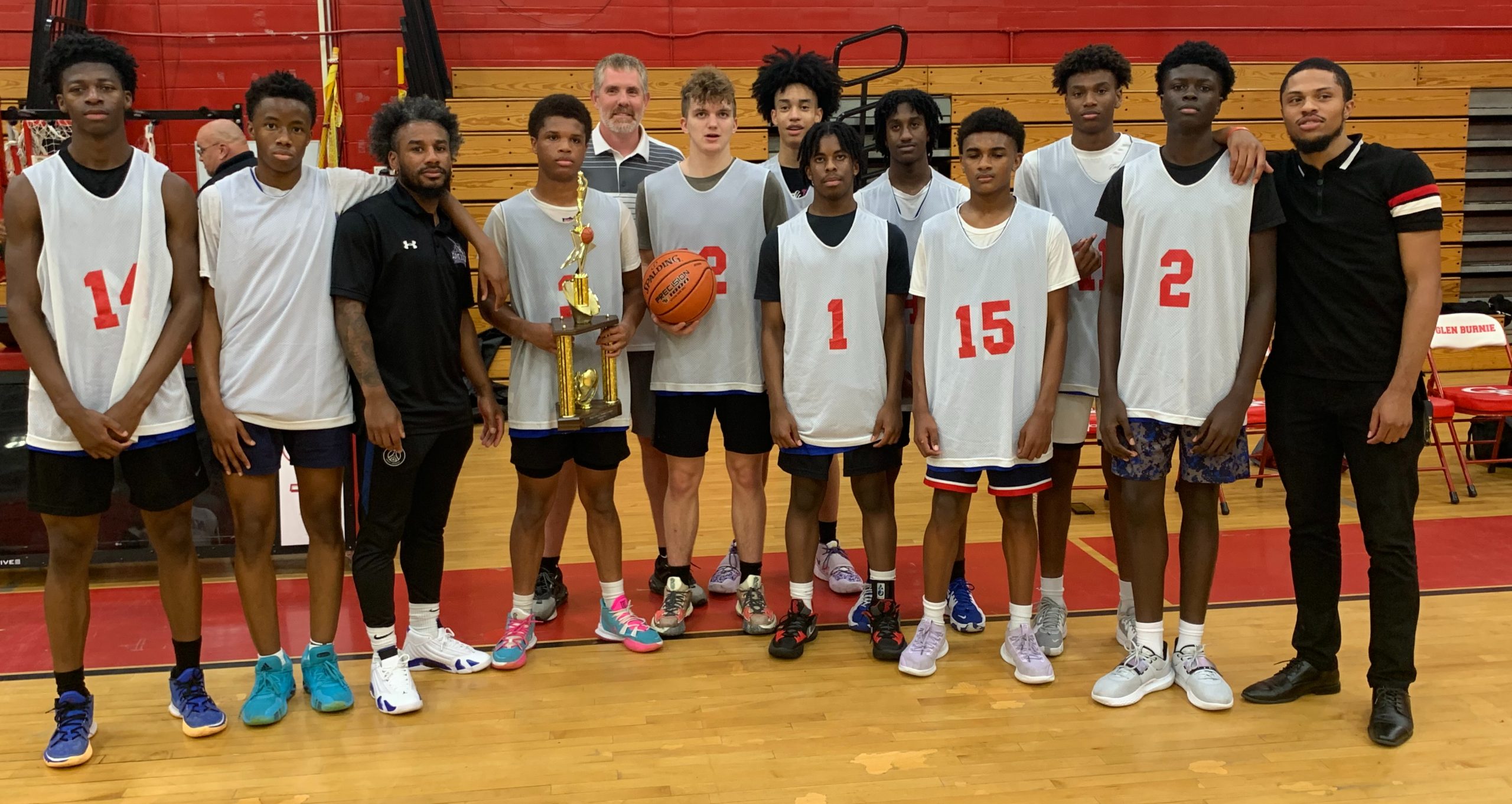 After a solid effort last winter, Long Reach High boys basketball believes the best is yet to come. The Lightning laid some groundwork for the 2022-23 campaign Thursday evening, winning the Glen Burnie Summer League championship.

The Howard County squad went on a 34-15 second half run, leaving it the last team standing in the 10-team league. The Lightning defeated Annapolis Area Christian School in the semifinals Thursday.

Lightning coach Andrew Lazzor thinks it’s another step forward for Long Reach, coming off of a 12-6 showing last winter, the program’s best record in more than a decade.

“They’re believing in each other,” said Lazzor, whose team lost to eventual 3A state semifinalist Atholton in the East Region II final. “They’re making the right plays.”

“It was a great experience overall, playing as a team, having fun, said Dean. “Obviously, winning is always fun.”

Dean drained a 3-pointer, capping a 10-0 spurt, giving the Lightning a 41-35 advantage. Rising senior Brendan Diggs started the surge with a 3-pointer and a steal and layup.

The Lightning extended the lead to 49-40, but Broadneck, which had not dropped a match, pulled to 49-46 with five minutes, six seconds left in regulation. After a Lightning timeout, RJ Barnes responded with seven straight points and Valentine dropped a 3-pointer, putting the Lightning up 13.

Barnes, a 6-foot-5 rising junior forward, served notice for the Lightning with a one-handed dunk off a baseline drive in the opening half.

Barnes, a starter last season for Long Reach, said the team’s defense has improved in the offseason.

“Our man-to-man has definitely got better, boxing out, getting the rebound and getting out in transition,” said Barnes, who had 13 points in the final.

Long Reach placed third in the Howard County standings last winter. It was the first winning season for the Columbia school since 2012-13.

The Lightning believe 2022-23 holds much promise with Dean, Barnes and Valentine headlining an experienced returning nucleus.

“This is only going to help us come winter time,” said Lazzor. “We want to work our butts off in summer league, but everything we do here is supposed to translate to our fall and winter season. Any weaknesses exposed are supposed to be fixed by Nov. 15.”