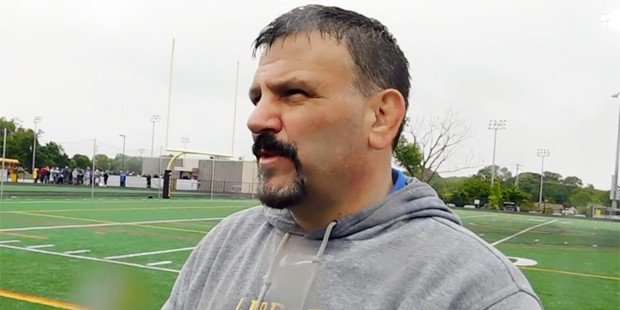 Falcons stay in Carroll County to find successor to Todd; went to three straight 2A/1A state semifinals with the Lions, including 2016 final

Gerstell Academy has introduced Michael Flemming as the school’s new boys’ varsity lacrosse coach. Flemming has spent the last 10 years as coach at nearby Liberty High.

Flemming guided the Lions to the 1A/2A state semifinals for three consecutive years (2015-2017) and was named Carroll County Coach of the Year in 2016.

“I am thrilled and honored to announce that Coach Mike Flemming will be joining our Gerstell Athletics Department as the Head Coach of the Varsity Boys Lacrosse team and the head of the Lacrosse program,” said Gerstell athletic director Christine Hryzak. “His leadership, extensive coaching background, proven success, and investment in the local community are only a few of the reasons we are fortunate to bring him on board. Coach Flemming is the ideal candidate to take over our program and I believe whole-heartedly in his ability to have an immediate positive impact on the program as well as a long-lasting influence.”

Flemming replaces Sean Todd, who stepped down last spring after leading the Falcons to the 2018 MIAA B Conference championship. Todd went 64-40 in six seasons, also winning a C Conference title in 2013.