Knights vanquish a spot in the VSN Boys Soccer Top 20 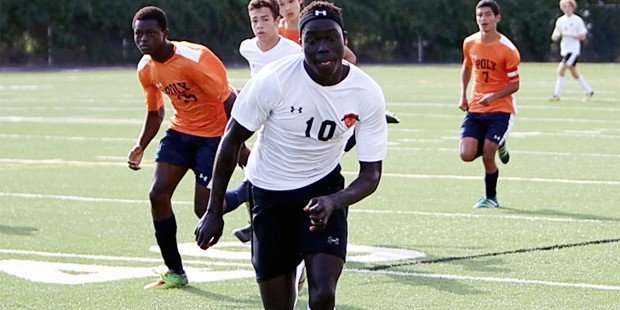 Usually, movement in the Top 20 is rather limited late in the regular season, but this week’s VSN Boys Soccer Top 20 has seen several bold moves, including the first appearance in many years by a Baltimore City public school.

The biggest climber in this week’s polls is No. 6 Annapolis, which jumped nine spots after finishing its regular season at 11-1 and on top of the Anne Arundel County standings.

In addition, No. 19 Centennial, after a win over then No. 5 River Hill, is making its first appearance of the year in our poll, while North Harford, which is tied for No. 20 with Howard this week, returns.

The Top 5, dominated all season by MIAA A Conference powers, is now completed filled by the area’s best conference, with Archbishop Curley regaining the top spot after one week at No. 2. The Friars are followed by No. 2 McDonogh, which unseated then No. 1 Mount St. Joe. The Gaels have fallen to No. 3 this week. No. 4 Loyola and No. 5 Calvert Hall round out the top five heading into the final week the MIAA’s regular season. Those clubs will then slug it out next week in the A Conference playoffs.

This week: vs. No. 9 Hereford, Baltimore County Championship at Franklin, Oct. 21

This week: vs. No. 8 Towson, Baltimore County Championship at Franklin, Oct. 21

This week: vs. Archbishop Spalding, Oct. 23