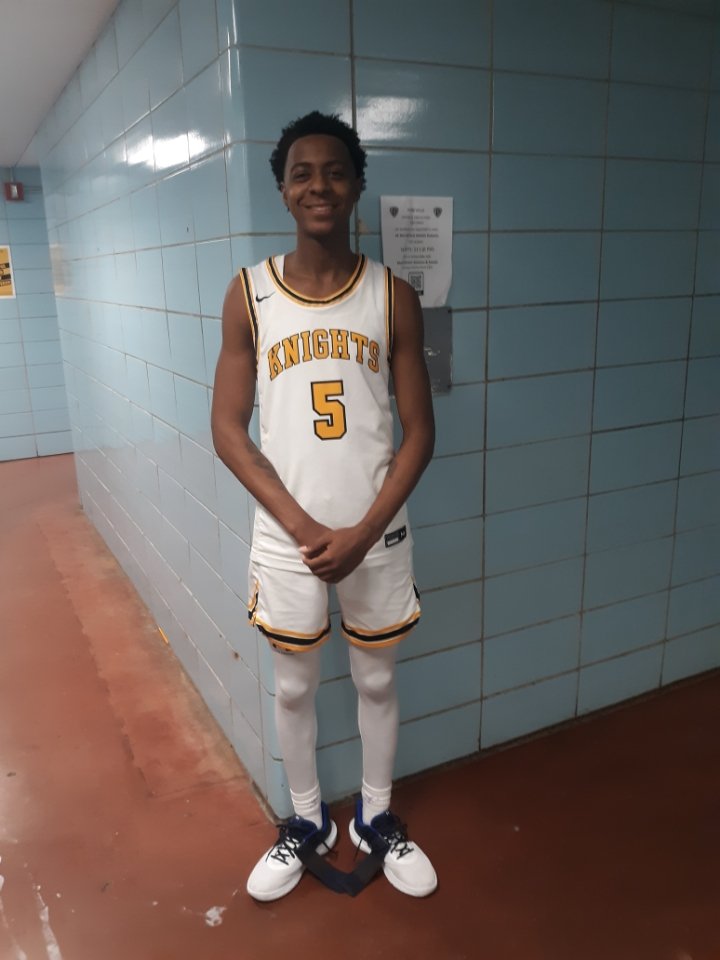 Dorian Jones and Parkville continue their pursuit of perfection Friday evening. Jones had 18 points as the sixth-ranked Knights improved to 24-0 with a 84-40 win over Prince George’s County’s DuVal to advance to the Class 4A state semifinals next week.

No. 6 Parkville routed Prince George’s County’s DuVal, 84-40, in a Class 4A state quarterfinal in Baltimore County. Dorian Jones and Caron Smith scored 18 points each for the Knights.

The Baltimore County champs went on an early 10-0 run, securing their second straight state semifinal berth. The undefeated Knights (24-0) will meet reigning state champ Eleanor Roosevelt, also from Prince George’s County, Tuesday or Wednesday at a site to be determined.

The Knights looked like championship team Friday, playing in front of a standing room only audience on Putty Hill Road.

“The energy was there from the start. You could tell in practice yesterday that the guys were locked in and focused,” Parkville coach Josh Czerski said.

After an early 4-4 tie, Parkville quickly ramped up their defensive pressure and capitalized off DuVal turnovers, closing the first quarter with a 26-12 lead.

The contest’s most exhilarating moment came a few minutes into the second when Jones collected a rebound and took it coast to coast, finishing a one-handed dunk through contact that brought fans not only out of their seats – but some even walked onto the court.

Though he didn’t complete the three-point play, Jones’ electrifying play sent the crowd’s energy level through the ceiling.

“That was a big moment – teammates was hype, crowd was hype. It gave us a momentum and we kept running up the score, and we blew them out,” said Jones, a senior guard who was selected the top player in Baltimore County by league’s coaches.

Next for Parkville is Roosevelt, the gold standard of 4A state basketball, with three state crowns since 2013.

The Knights appeared ready for what’s ahead.

“We’re very confident. That’s how we carry ourselves,” said Czerski. “Twenty-four-and-o and we feel like anything is attainable.”

“Job’s not finished. Final four, whoever is next we’re just going to have to take care of business. Same thing,” said Jones.