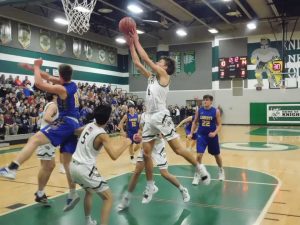 Century’s Matt Huber nabs a defensive rebound during the first half of Friday’s boys basketball contest with Liberty. The Knights handed the 10th-ranked Lions their first loss of the season, 66-64, in Carroll County Athletic League action.

There wasn’t a collapse this time for Century High boys basketball. The Knights defeated previously undefeated and 10th-ranked Liberty, 66-64, in a Carroll County Athletic League contest in front of a huge audience in Eldersburg.

“It could be our last time playing them, so we knew we had to give our all,” said Truby. “Eventhough we had some down stretches, we went with the flow of the game and played super hard.”

Trailing 37-28 in the opening minute of the third quarter, Century went on an 18-4 surge to grab the lead for good. Junior guard Justin Wunder highlighted the run, hitting a 3-pointer for the lead midway in the third, followed by a steal and converting a 3-point play.

“Our shots weren’t falling in the first half,” said Century senior guard Jared Lamb, “sooner or later, we started hitting shots in the second half.”

The Knights had a 55-48 advantage after Truby, putting up a flex muscle pose on Kent, converted a 3-point play with 5:30 left in regulation. Kent, the reigning Carroll County Player of the Year answered with a 3-point play and two free throws, bringing the Lions to 55-53.

Liberty got to within 57-55, but Truby, who scored nine points in the final quarter, scored with 3:40 remaining in regulation. Century went 7-of-8 from the free throw line in the closing minutes, finishing 15-of-16.

Coach Wunder was confident in his veteran-laden squad down the stretch.

“These guys all played varsity basketball last year and played a lot of minutes, just stick with the game plan and have confidence in what we’re doing,” said Wunder. “Carter establishing himself in the post was pretty big for us.”

The Knights did a reasonably job good defensively on Kent, who still ended up with 33 points. Jack Merchak added 10 points for Liberty, which struggled offensively in the second half. 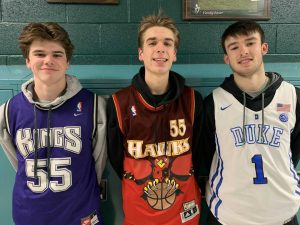 “They [Century] controlled the tempo in the second half. We want to get up-and-down a little bit,” said Lions coach Brian Toombs. “We didn’t make shots which didn’t allow us to get into some pressure situations…some of the missed shots got to us a little bit.” 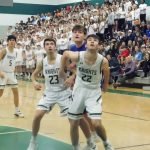 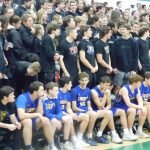 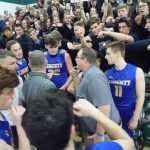 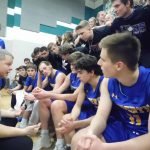 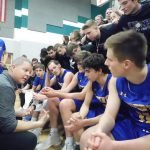 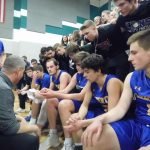 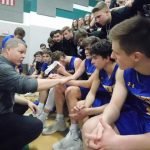 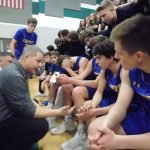 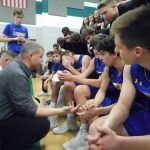 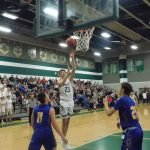 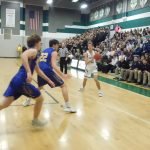 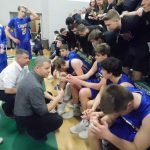 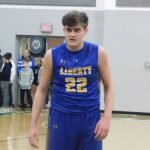 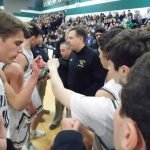 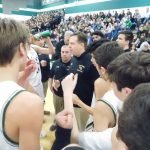 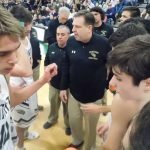 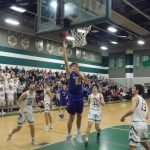 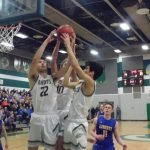 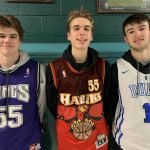 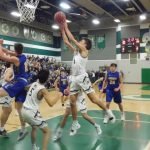 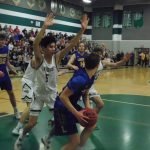 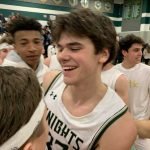 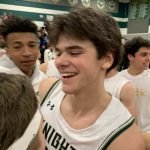