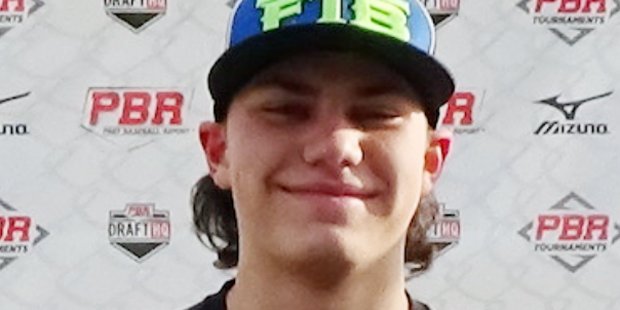 Mustangs score 10 runs in the fourth to defeat the Cougars

With his team trailing 4-0 after three, C. Milton Wright’s Jonathan Klein sparked the Mustangs with a solo home run to right, leading off the top of the fourth inning. The spark led to a 10-run fourth for CMW and and, eventually, an 11-4 win over host Fallston in an UCBAC Chesapeake Division baseball game, Friday.

As the inning progressed, Fallston pitchers had trouble finding the strike zone as they provided base runners with a pair of walks and two hit batters, both of which chased home runs. Another run scored on a wild pitch and Logan Dzwonchyzk delivers a run with a sac fly. Later in the frame, Lucas Freeza cleared the bases with a three-run double and that was followed by RBI doubles from Ryan Childress and Thomas Cannavale, as CMW sent 14 men to the plate in the fourth.

Fallston battled back with a single run in the home half of the fourth and two more in the fifth, but Klein hit his second home run of the afternoon, in the sixth, and the Cougars went quietly from there.

Klein finished with two runs scored and three RBI, while Childress and Max Scurti each had a pair of hits. Scurti went the first four innings on the mound for C. Milton Wright to get the win. He only allowed one hit, but walked five in surrendering five runs (3 earned). He also struck out four Cougars. Joe Burns pitched the final three innings, including the final two scoreless.

Finley Jourdan went 2-for-4 for Fallston with one RBI. Jason Fox had a hit, drew two walks, scored two runs and drove in one for the Cougars.