Key romps as Barnes and Ahaghotu combine for five goals 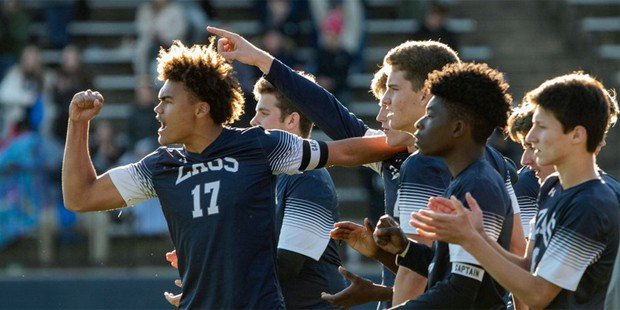 Obezags are among the early leaders in the MIAA C Conference

Key School, which is averaging better than six goals per game through its first three games, was right around that average, Thursday, as the Obezags blanked visiting Cristo Rey, 6-0, at Fusco Athletic Park.

Key was led by Dylan Barnes and Uchenna Ahagotu who each had monster offensive games. Barnes netted a hat-trick and added an assist, while Ahaghotu stung the Hornets for two goals and three assists. All six Key goals came after a scoreless first half.