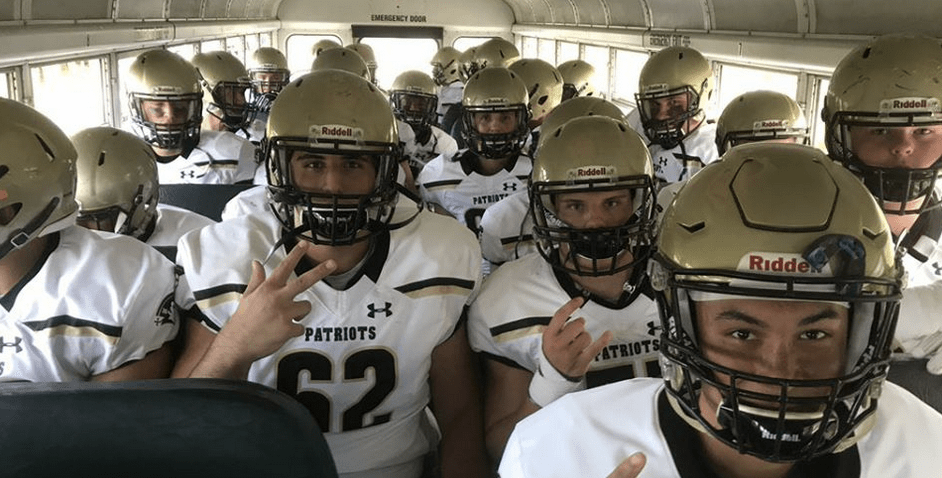 In a public-private school rivalry that is evolving rapidly visiting John Carroll, of the MIAA, traveled to neighboring Bel Air High School, Friday night for a football showdown that has captured the imagination of the entire town of Bel Air.

When the dust settled at Bobcat Stadium, John Carroll largely eliminated Bel Air’s rushing attack, while unleashing their own running game as the Patriots cruised to a 38-17 victory.

John Carroll, now 3-0, scored for the first time less than two minutes into the football game, as tailback Chimzi Chuku took a handoff at midfield and raced 50 yards for a score to get the Patriots rolling. On its second series, John Carroll scored again, completing a long drive with a short touchdown run by Dalen Berry and the Patriots never looked back.

Bel Air got on the board midway through the second quarter with rushing touchdown from Hunter Hruz, but John Carroll, after squandering a touchdown opportunity with a fumble inside the Bel Air five-yard line, got a safety from its defense. They then had great field possession following the free kick and drove to the end zone as quarterback Qadir Ismail punched it in with just two seconds to play in the opening half. The score stretched John Carroll’s halftime lead to 23-7.

Bel Air had a good third quarter, as Alex Clifford got the Bobcats back on the board with a field goal and Hruz broke off a long touchdown run, pulling the Bobcats within one score, at 23-17. John Carroll, however, responded with a touchdown run from Dorian Woody, on a reverse, and another rushing score for Ismail, to ice down the Battle of Bel Air victory.