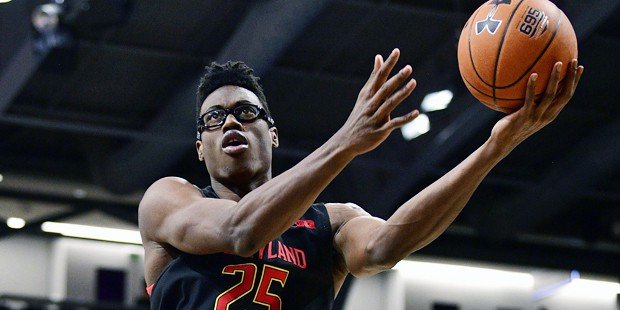 Former Mount St. Joseph basketball All-American Jalen Smith will turn pro after a standout sophomore season at the University of Maryland, he announced on Tuesday.

“After consultation with my family and coaches, I am thankful and grateful to announce that the time is right for me to move forward to the next phase in my basketball career and declare for the 2020 NBA Draft,” said Smith. “I am thankful to the coaches and staff at the University of Maryland who afforded me the opportunity to stay home to receive an education and play basketball at the college of my dreams. I’m also thankful to my brothers who donned the Terrapin uniform with me at Xfinity Center and to the best fans in all of college sports, Terp Nation.” 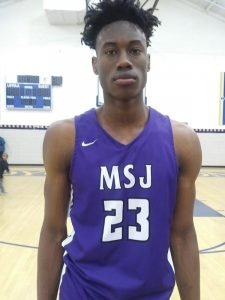 Jalen Smith during his career at Mount St. Joseph where he was twice named VSN’s Boys’ Basketball Player of the Year.

Smith, who was twice named Varsity Sports Network’s Boys Basketball Player of the Year, as well as a McDonald’s All-American as a senior, while at St. Joe, blossomed as a sophomore in College Park, being named 1st-Team All-Big Ten and being named to several All-American teams.

In high school, he led the Gaels to a MIAA title as a junior, along with Maryland teammate Darryl Morsell, and three straight appearances in the Baltimore Catholic League Tournament Championship game. He also was twice named BCL Player of the Year.

“Jalen has been on a remarkable journey and it continues with declaring for the NBA draft,” said Mount St. Joseph coach Pat Clatchey. “He’s an outstanding young man.

“His parents have done a tremendous job raising him. Each step Jalen has improved as a player. Significant improvement. Looked how hard he’s worked in the weight room. I believe he’s ready for the NBA and his game translates to the NBA. I wish him all the best. I am extremely proud of Jalen and excited to witness his path.”

Considered a pro prospect since early in his high school career, Smith struggled at times as a freshman at Maryland because of his slender 6-foot-10 build which earned him his popular nickname “Stix.” Prior to the 2019-20 season, however, he packed on more than 20-pounds of muscle and became one of the most dominant inside-outside threats in the college game.

Smith was the only player in the nation to record more than 60 blocks (73) and hit more than 30 3-pointers (32) last season. He had 21 double-doubles as he helped the Terps post a 24-7 record and a share of the regular season Big Ten championship. Smith started all 31 games, averaging 15.5 points and 10.5 rebounds per game.

Smith also helped Maryland qualify for the NCAA Tournament as a freshman and the Terps were expected to be at least a top-four seed had the 2020 tournament not been cancelled.

“I am thrilled for Jalen and his family for making such an important and exciting decision,” said Terps coach Mark Turgeon. “From the minute we started recruiting Jalen, we knew the kind of quality player and person we would be getting and he lived up to it in every way. As incredible of a player Jalen is on the court, he is that and more as an individual off the court. We will miss him in College Park. I cannot wait to watch Jalen at the next level and I wish him and his family nothing but the best on their journey.”

Many NBA scouts Smith is not yet a finished product, but they draft on potential on the professional level and Smith has a ton of that. Most mock drafts currently project him to go in the middle of the first round, but some project him to fall into the top of the second round.