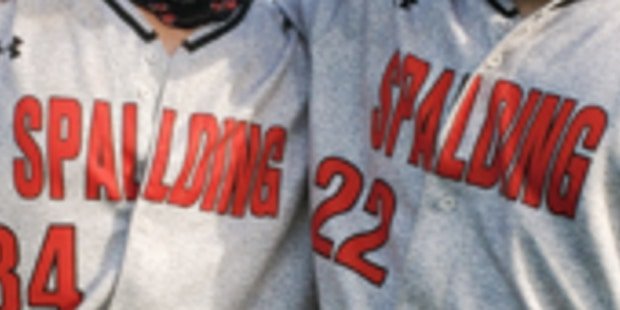 What was a near certainty became official Tuesday afternoon, as Archbishop Spalding clinched the top seed for the MIAA A Conference baseball post-season tournament with a 14-0 win at McDonogh.

The Cavaliers (18-3 overall) improved to 13-2 in the conference, with just one regular season conference game to play and they hold a three game advantage of Archbishop Curley and Mount St. Joseph, each tied for second with 9-5 marks.

Despite allowing three runs over the first two innings, McDonogh hung close to the Cavaliers for much of the game on Monday. The Cavaliers went scoreless for three consecutive frames, before adding two in the sixth and busting open the contest with a nine-run seventh.

Spalding had just seven hits with no one having more than one, but it was aided by eight McDonogh walks. Johnny Bellfiore, Caleb Estes and Matt Gormley all had a pair of RBI’s, with Estes and Ben Wieman collecting doubles.

Mount St. Joseph, clinging to a two run lead, survived a bases-load, no out situation in the top of the seventh inning by allowing just one run and holding on for a 5-4 MIAA A Conference baseball victory over John Carroll, Tuesday in Irvington.

The host Patriots got a leadoff single from Matt Bishop to start the seventh, followed by a pair of walks. Ethan Ruiz plated the Patriots fourth run with a RBI infield grounder, but St. Joe pitcher Ethan Grieb struck out the final two batters he faced to close out the win and earn the save.

The Gaels broke on top with a three run third inning with all three runs unearned. John Carroll two back in the fourth on a two-run double by Tate Gerringer, but St. Joe moved the lead back to two with an RBI single by Will Gunderson in the fourth.

Frank Admaski produced an RBI double for JC in the fifth to once again make it a one-run game before CaMaury Arrington clocked an RBI triple for MSJ in the sixth.

The win, combined with Archbishop Curley’s loss to Calvert Hall on Tuesday, leaves the Gaels (12-5 overall) tied for second place with the Friars, both at 9-5 in the league. The two will meet on Thursday in Irvington. The Gaels also have a home game with McDonogh next Tuesday.

John Carroll (9-5 overall) is 8-5 in the league, which is currently tied for third with Gilman. The Patriots play at Spalding on Thursday, host McDonogh on Saturday and close the regular season at Calvert Hall next Tuesday.