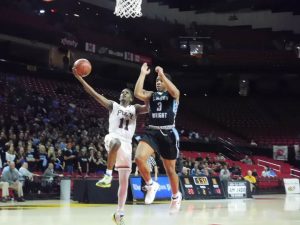 Poly’s Rahim Ali (11) goes up for a layup as C. Milton Wright’s Bryan Stiemke defends during Thursday’s Class 3A state boys basketball semifinal at the University of Maryland. Ali converted the basket as part of a 3-point play as second-ranked Poly defeated 16th-ranked C. Milton Wright.

From practices to trips to Chipotle Mexican Restaurant, the Reservoir High boys basketball team has given Coughlan much joy the last four months.

Thanks to historic performance Thursday, the Gators and Coughlan will have that final practice Friday. The No. 15 Gators defeated Frederick County’s Thomas Johnson, 51-47, in a Class 3A state semifinal at the University of Maryland’s Xfinity Center.

No. 2 Poly is on the verge of history after 72-54 victory over 16th-ranked C. Milton Wright in the other 3A final four contest Thursday. Junior forward Justin Lewis finished with 23 points and four blocks for the Engineers (21-5 overall).

The Baltimore City school brought the defense to Gary Williams Court, moving a win away from becoming the first program to win three consecutive 3A state championships. Juniors Rahim Ali and Brandon Murray combined for 27 points, 10 assists and 10 steals for Poly.

“We had a game plan tonight to speed the game up,” said Engineers coach Sam Brand.

Poly brought an assortment of defensive traps, forcing to 30 Mustangs turnovers that were converted into 34 points. The Engineers never trailed after the midway point of the opening period.

“We knew they [C. Milton Wright] weren’t used to the pressure,” said Ali.

Trailing 4-0, Poly ran off 13 straight points to steer control. A steal and 3-point play by Ali pushed the lead into double-digits at 25-14 early in the second quarter.

The lead only dropped into single-digits once from there as Poly led by as many as 19 points. Quincy Haughton led C. Milton Wright (20-6) with 16 points and eight rebounds and Jalen Jackson had 12.

“They’re [Poly] as good as everyone says, there’s no doubt about that,” said C. Milton Wright coach Jon Stefanides. “I don’t want to say we overlooked their guards and we tried different things in practice to simulated their speed, but they got us.”

Stefanides was surprised his team was able to finish with a substantial rebounding advantage, 41-26, against the longer Engineers. Junior post Corey Patterson finished with 11 points and five rebounds.

Stefanides, who guided the Harford County school to its first state title in 2016, was emotional when discussing his team’s journey to a third state Final Four in the last five seasons.

“We had some ugly games this year, but the kids understood it was a process,” said Stefanides, who was VSN’s Co-Coach of the Year in 2016. “The two teams before, the process we were winning. Here, we were learning.”

It’s been a different process for Poly, which has played a tough non-league schedule the last several seasons. The Engineers are confident heading into their penultimate game Saturday.

“We truly believe we’re the best team here, its mostly about us,” said Brand. “We’ll develop a game plan based on whoever we play. These guys have done a great job all year executing the game plan.”

Reservoir advanced to its first state championship game, battling past Thomas Johnson in the final minutes. KyJuan McCallum finished with 14 points and four steals and Josh Odunowo added a double of 13 points and 11 rebounds for the Gators (18-8).

Ameli calmly dropped a dagger from the corner with 58 seconds left, giving Reservoir the lead for good. It was Ameli’s only basket of the evening.

And, it almost didn’t happen. After taking the lead on Shamon Gennes’ basket, Thomas Johnson (21-5) called timeout with 1:16 to play, setting up its defense.

Coughlan sensed Thomas Johnson would go zone. Before play resumed, he called timeout and inserted Ameli, who had 17 daggers in the Gators’ run to the East Region title.

“He struggled in the time he was in there, but like Tom Brady, no one remembers the two or three interceptions, all they remembers is the win,” said Coughlan. “He [Ameli] got one that matters.”

Thomas Johnson turned the ball over with 32.7 seconds to play, and McCallum was fouled with 16.2 seconds left. McCallum hit the first, and the Patriots called timeout. He hit the second, making it a two-possession game.

Odonowo grabbed a loose ball off an errant and desperation shot from Thomas Johnson with two seconds left. He threw the ball downcourt as his Gator teammates stormed the court in celebration.

Reservoir overcame a five-point deficit at the start of the final quarter.

“This means everything,” said Odonowo. “We got off to a slow start, but that has helped us. We’ve faced trials and tribulations.”

Odonowo, a 6-foot-5, has had a breakout final campaign. Ryan Sanderson, who had 11 points and six assists Thursday, graciously became a reserve as Ameli replaced him in the starting lineup.

Coughlan said the winning chemistry was established from “Day 1.”

“They all hang out together, they’re all great students, they’re all character kids,” said Coughlan. “There has not been one issue with this group the entire year, and I think when things get tough, both of those things come into play — chemistry and character.” 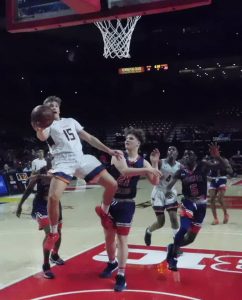 Reservoir’s Ryan Sanderson (15) heads up to the basket during Thursday’s second Class 3A state boys basketball semifinal. The junior had 11 points, six assists and five rebounds off the bench as the No. 15 Gators advanced to their first state final with a 51-47 victory over Thomas Johnson.

The Gators know they’ll be in the role of David vs. Poly’s Goliath Saturday. Reservoir will try to be the first Howard County team since Centennial win a state championship.

“We’ve earned our last practice which only eight teams get to do,” said Coughlan. “They love the game, I love the practices. I just wanted to get to a Friday practice and we have one which is fantastic.” 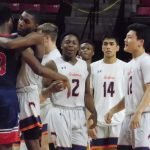 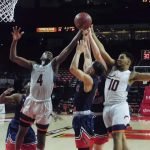 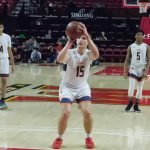 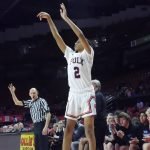 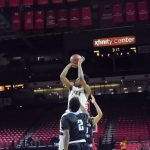 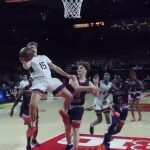 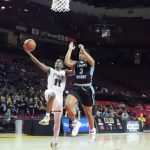 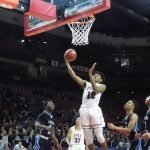 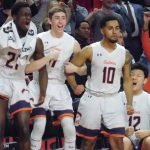 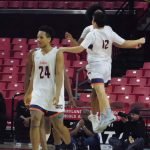 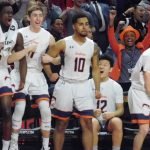