Indian Creek Swope(s) to a crown 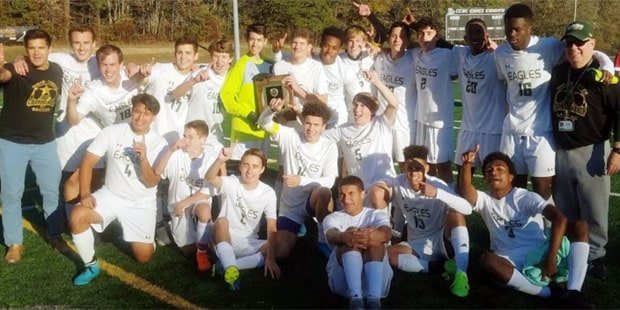 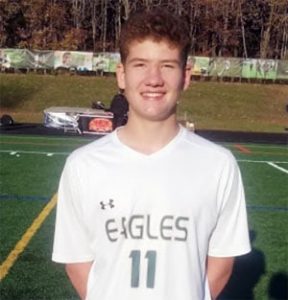 Indian Creek’s Danny Swope was the unlikely hero as he took the ninth and game-winning penalty kick, allowing the Eagles to defeat Key School for the MIAA C Conference championship.

The teams were tied at 1-1 after 80 minutes in regulation, and it stayed that way after two 10-minute overtime periods, forcing the game to be decided on penalty kicks.

The PK shootout went down to the ninth player before the Eagles’ Danny Swope got one past Zags’ keeper Luke Nespole to give Indian Creek the championship.

“I didn’t think that I’d even be taking a shot [going nine players deep], and I really didn’t think that I’m that good at it, but my teammates encouraged me, and inspired me,” said Swope. “Usually I go right in practice, but I decided to go left in the game today, and I put it in.”

Eagles’ captain Mike Mercer said the key (no pun intended) to victory was a switch in formations.

“We switched things up at half-time, when we were down 1-0, and it lead to more chances,” said Mercer. “We had a few breaks and Rex (Flanagan) put that amazing free kick in, and we pulled it out.”

Key carried a 1-0 lead on a first half goal by Juan Fernandez-Perz, on a perfect feed from Danny Fagbohunka, which stood up until Flanagan curled in a free kick from the 30 with 7:25 to go in regulation.

“I went up and I saw that their wall was a little off center, and I saw their goalie was to his right a little, so I started bending it top left, and it went in,” said Flannagan. “We practiced our penalty kicks over, and over, and over and today it helped us obtain an incredible win.” 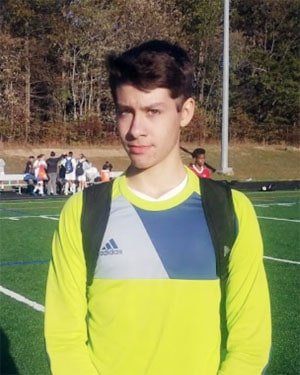 Indian Creek goalkeeper Levi Kline had 12 saves, including two in the shootout.

Indian Creek keeper Levi Kline had 12 saves on the day, two of which were crucial in the shoot-out.

Deflecting praise, Kline gave credit to teamwork and to Swope.

“We worked together well as a team, we practiced hard as a team, and Danny (Swope) put it in when we needed it.”

Eagles’ coach Jonathan Burns said, “I give all the credit to the boys. They fought hard all season, and we always talked about having mental toughness, and mental fortitude. We got great leadership from all 11 seniors all season, and especially today.”

Key finished first at the conclusion of the C conference regular-season, but they came up just short of winning the championship on Sunday. Coach Dylan Lewis said, “You wish there was a different way to decide the championship [other than on penalty kicks].

“We had enough opportunities in the first 80 minutes to win it, but we just couldn’t get that second goal. They got a set piece and scored and we had two balls that hit the post that almost went in today. Credit to Indian Creek. They never gave up and they held their nerve in the shootout.”