Supensky pitches No. 9 Towson past Dulaney in battle of Baltimore County baseball contenders 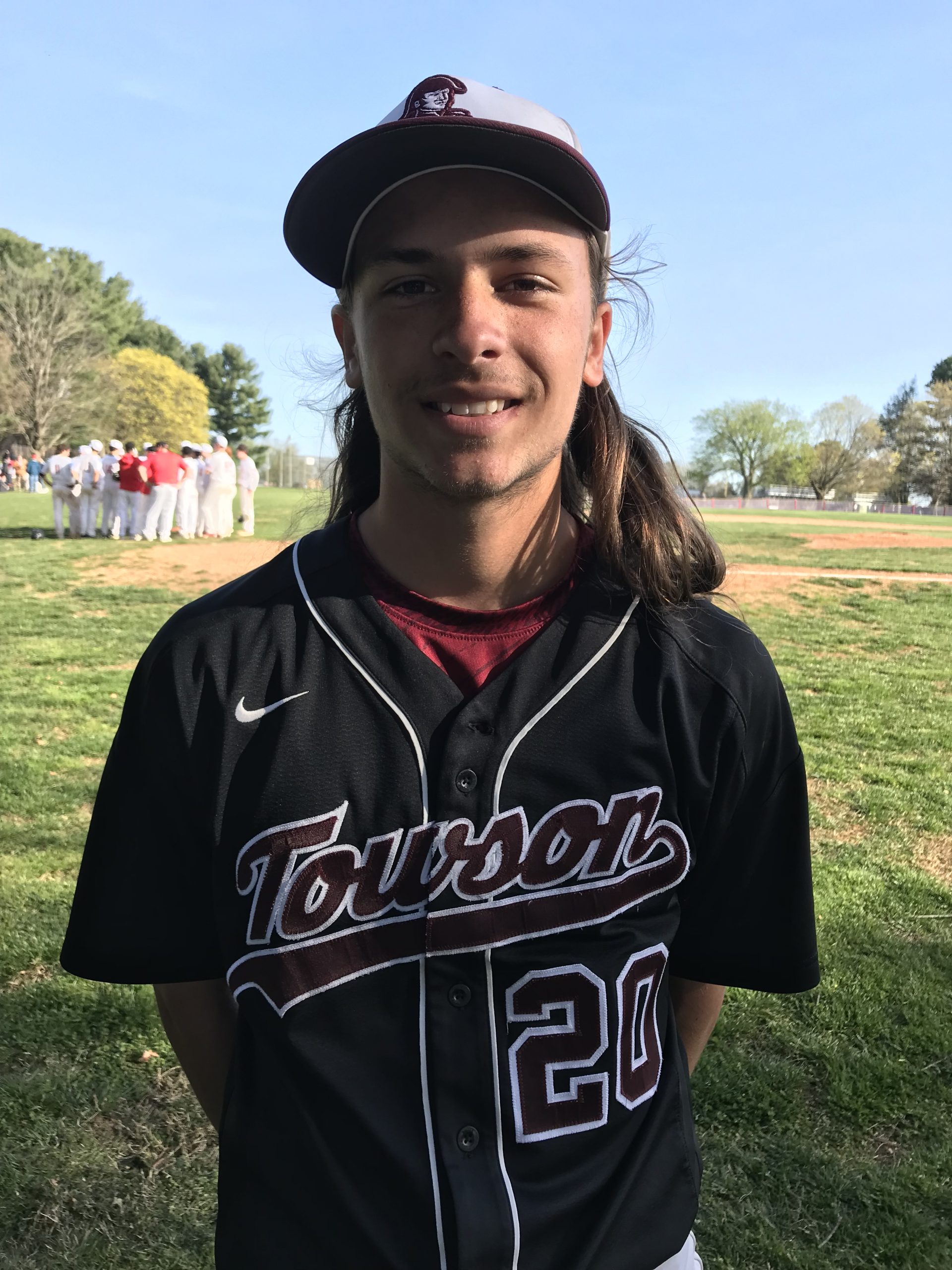 Chase Supensky kept Towson in the hunt for the Baltimore County championship Wednesday. The senior lefthander tossed a complete game four-hitter in a 3-0 decision against 10th-ranked Dulaney for his third victory this spring over a VSN Top 10 team.

Dulaney was “Chased” out of first place in the Baltimore County Division A standings Wednesday afternoon.

No. 9 Towson gave senior lefty Chase Supensky the ball against the 10th-ranked Lions and he notched his fourth victory without a loss by 3-0 on a four-hitter with six strikeouts. It was Supensky’s third win over a VSN Top 20 ranked team for the No. 9 ranked Generals who are 6-1 overall and 5-1 in league action, a half- game behind No. 8 Hereford.

Observers are saying this may be the best Towson team under coach Shawn Tormey since their state champion club in 2000.

With a 6-5 triumph over Catonsville, Hereford is 6-1 in Baltimore County play and 9-1 overall. The Bulls’ only loss came to Towson and Supensky by 9-4. Dulaney slipped to 5-2 in the county standings and 7-4 overall. Towson’s only defeat was a 3-2 upset to Eastern Tech.

The Generals will host the Dulaney on Monday, and that will be the last game between the trio that was tied in the loss column going into Wednesday.

Supensky’s outstanding pitching gave the Generals the upper hand the rest of the way in the Baltimore County circuit. Before Dulaney, Supensky had beaten No. 8 Hereford as mentioned and a rather surprising 4-1 triumph over No. 5 ranked and MIAA A Conference contender Archbishop Curley.

“My two-seam was working for me today and my change-up later in the game was working well,” said Supensky, who will pitch at Wilson College next year. “It wasn’t my best game this season. It was good, but I wasn’t throwing as many strikes as I typically do. And that made it so I couldn’t throw my off-speed pitches as much.”

Supensky threw 88 pitches and walked just two batters. At times, the lefty displayed his sneaky fast ball mixing beautifully with his other pitches. He retired eight in a row in the middle innings and in the bottom of the sixth he was aided by a pair of superb defensive plays by catcher Andy Steinbacher and centerfielder and leadoff batter Justin Mealey, two more of the 13 seniors on the 18-man Towson roster. 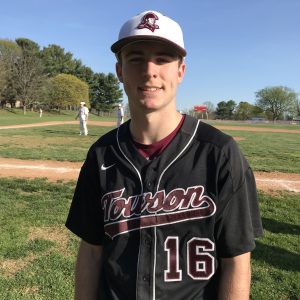 Justin Mealey flashed some leather to help Towson baseball’s cause against Wednesday against Dulaney. Mealey made a spectacular catch in the sixth inning as the No. 9 Generals defeaetd the 10th-ranked Lions in a key Baltimore County contest in Timonium.

After John Kirstukas ended Supensky’s streak of eight straight retired batters with an infield hit, Steinbacher gunned down Kirstukas on an attempted steal. The ensuing batter and No. 3 hitter, Matt Dow ripped a shot to center that ended up in Mealey’s mitt in deep center after the latter made a fantastic diving catch to end the inning. Mealey had scored the game’s only run after leading off the game with a base knock off Dulaney’s Nate Farlow, who pitched well in defeat.

Towson answered with two big runs in the top of the seventh. Cleanup batter Ryan Boice led off with a dinger to left to make it 2-0 and later Noah Korman scored on a botched rundown to make it 3-zip, the final score.

“We have a great senior class, wish we had some more offense, but defensively and throwing strikes, it’s a great senior class,” said sixth-year coach Tormey, who grew up in Miami and is in his 25th year coaching in the Baltimore area with stops at Overlea High and CCBC-Dundalk before Towson where he is a guidance counselor.

“Chase is outstanding, fantastic pitcher,” said Tormey. “He has a great baseball IQ and reminds me of the guys I grew up with in Miami.”