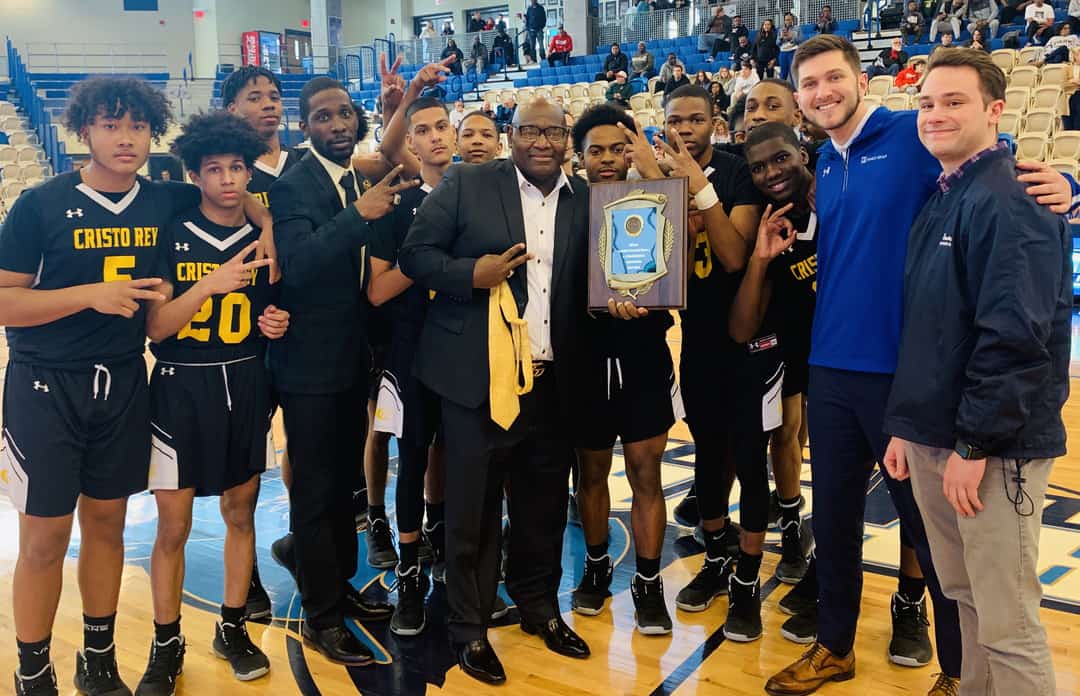 After capturing the first ever MIAA conference championship in the history of the school last season, Coach Derrick Lifsey and his Cristo Rey Hornets made it two in a row, earning a 58-50 victory over Park School in the MIAA C Conference basketball championship at Harford Community College, Sunday afternoon.

The Hornets were down by one, 25-24, at the half to a fiesty Anthony Adams’ coached Park squad, but they outscored the Bruins 16-11 in the third stanza to take a 40-36 lead, as juniors Jamal Lee and Matthew Minaya, combined for 10 third quarter points.

Then in final stanza, the Bruins knocked down 11 free throws, after not going to the line for the entirety of the first 24 minutes of play.

Senior Khari Barrett was 6-for-6 from the charity stripe for the Hornets (15-12 overall), hitting 4-for-4 in the last three minutes of regulation to give his team a 10 point cushion. It proved just too much for Park to overcome. Barrett finished in double figures for the Hornets (14-7) with 12 points.

Lee lead Cristo Rey with 20 points, which included four three-pointers. The win meant a lot to the sharp-shooting junior, who is also an outstanding student with a 4.0 GPA.

“It feels great coming back here and doing what we did last year,” said Lee. “We were down a little in the first half, and we realized what we had to do to come back. The key was that we executed properly, got fast breaks and made defensive stops. It was a great game and Park is a very great team. They played at their peak, but we were able to overcome them.”

“I’m excited for my guys and the Cristo Rey family,” said Coach Lifsey. “Winning another championship means everything to us, just as much as the first one. My guys had a lot of fortitude today, and they stayed with it.
I’m very excited for our school.”

“Jamal is a beast out there. He’s a hard worker and an excellent student. He lays it all out there on the line and we’re glad to have him in our program.”

“They are a very physical team. It was their physicality, especially in the backcourt; they’re very big, strong, and athletic. Their physicality wore us down.

“In the second half, we didn’t shoot the ball well, but that is attributed to their defense. They are a great defensive team.”