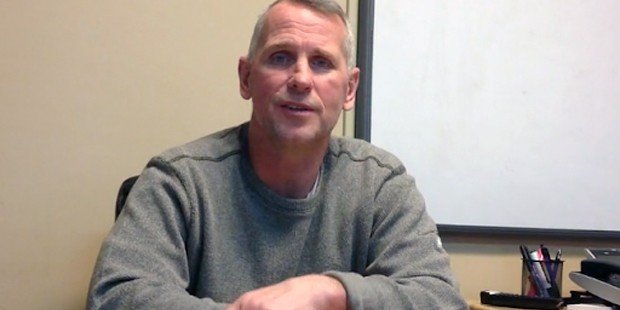 Keith Rawlings hopes to bring football glory back to his alma mater, Edgewood, with help from his son Kurt

Keith Rawlings is ready to get rolling.

The new Edgewood football coach quipped that “yesterday” would be his choice to begin summer workouts for the 70 youngsters who showed up for weight training at his alma mater prior to the COVID-19-fueled shutdown a couple of months ago.

That said, Rawlings added that he hopes to hear very soon — perhaps even this week — when he will be able to begin to put his troops through the paces in anticipation of hosting Perry Hall for the season opener Sept. 4 in Harford County.

In the interim, the Arena Club and the Arena Sports Factory owner has been holding weekly Zoom meetings for his players.

“A lot of the seniors have been doing a good job of getting players to work out on their own,” he said.

Since taking over for Bryan Hansrote, who guided the Rams to a 5-5 mark last fall, the former John Carroll boss has been savoring the prospect of restoring his alma mater’s grid program to its former glory.

After all, Rawlings was a center/linebacker on the 1982 Edgewood squad that went undefeated — and still missed the playoffs under the old points system.

The Rams have subsequently qualified for the playoffs nine times since that disappointment with four of those trips resulting in Class 2A quarterfinal setbacks.

They have never emerged from the regionals since moving up to 3A more than a decade ago.

That could change, according to one of his colleagues, former Archbishop Curley football coach Sean Murphy, who said that Rawlings has what it takes to win states.

“Keith is an outstanding coach who is very organized and will maximize the ability of his players,” said Murphy, who is now the football coach and athletic director at John Paul II Catholic High School in Greenville, NC. “By the time he’s done, I’ll be shocked if he doesn’t win a state championship — or at least is in the mix for one.”

Rawlings said he is looking forward to barging through that barrier as soon as this season, provided things can get back on track regarding the virus. 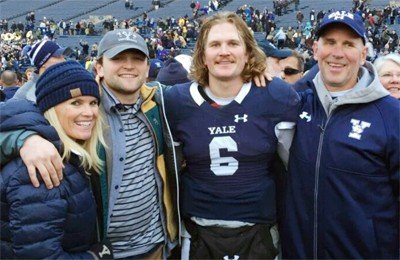 For one thing, he is bringing an offensive coordinator who he knows well — his youngest son, Kurt, who was awarded the 2019 Asa S. Bushnell Cup, last December, for being named the 2019 Ivy League Offensive Player of the Year at Yale.

Even though he was considered to be a pro prospect after setting almost every program quarterback record for the Bulldogs, Kurt Rawlings decided to quit the sport after being invited to the prestigious East-West Shrine Game in January.

“He had a great career at Yale,” Keith Rawlings said. “But he played through a couple of concussions that maybe he shouldn’t have. He was knocked out in the Harvard game and then came back in the game and threw the winning touchdown pass. He said that he’s waiting for God to provide him with the right path for what he should do after football.”

As a team, the Rawlings’ brain trust — dad will pilot the Rams’ defense — are devising a way to get Edgewood into the end zone early and often during the upcoming Upper Chesapeake Bay Athletic Conference campaign.

They want to make full use of the abundant athleticism at Edgewood by running a fast-paced spread offense similar to the ones the younger Rawlings orchestrated at John Carroll, where he guided the Patriots to a 12-0 mark and an MIAA B Conference title in 2015. He was also VSN’s Player of the Year that season, while his dad took VSN’s Coach of the Year honors.

“Our goal is to win a 3A state championship,” Keith Rawlings said.

To that end, the coach said that building a solid football culture goes hand-in-hand with success.

And that includes helping his players to use their football experiences to become more productive citizens.

“He does a great job of getting his kids into college,” Murphy said. “Edgewood just got a great coach.”

First, though, Rawlings hopes to build his team into an unselfish unit with players who care for each other.

A team-bonding trip to Camp Tall Timbers in West Virginia would be the perfect way to begin the process, although that may not be possible due to COVID-19 restrictions this year.

“It’s good for a team to spend a lot of time together and getting to know one another,” Rawlings said. “That’s when they start playing for each other. I would rather have four days together and have just one practice at Tall Timbers than have two weeks of practice time. That’s how valuable that time is to a team.”