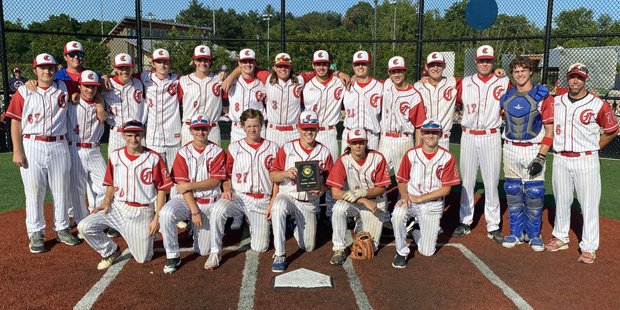 Centennial only managed three base hits in its 3A Baseball East Region 1 Final with Marriotts Ridge, on Saturday at Blandair Park, but two of them were RBI singles by Qwynn Hearn and Chris Betler plated an insurance run, in the bottom of the fifth, as the Eagles prevailed, 3-1.

Jack Pistner leadoff the Centennial first with a walk, moved to second on a fielder’s choice by Betler and scored on a one out single to center by Hearn. The same combination produced again in the third. This time Pistner drew a one out walk and moved to second when Betler reached on an infield error, setting the stage for Hearn to strike again with another RBI single to center.

Marriotts Ridge (5-7) cut the Centennial (11-1) lead to 2-1 when Blake Krupinsky got into scoring position with a one out double and scored on a single by Chase Kamerman. Centennial responded with leadoff triple from C Schmitt in the fifth and he scored when Betler put the ball in play once again, grounding into a fielder’s choice.

Cadeyrn Ahearn earned to win with 5.1 innings, allowing just the one run on four hits with five strikeouts and three walks.

Centennial will be the top seed in the state quarterfinals and will host their next opponent, which will likely be on Monday, after all of the regional finals are complete and the MPSSAA reseeds the bracket.