Havre de Grace comes out of protocol with a shutout win 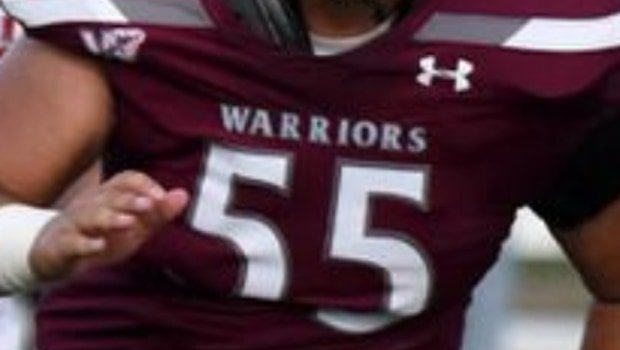 After seeing last week’s non-league game with North Harford cancelled because several members of the team were sidelined by COVID-19 protocols, the undefeated Havre de Grace football team picked up right where he left off, Friday, rolling to a 42-0 victory over North East in UCBAC Susquehanna Division action.

The Warriors (6-0 overall) are now 5-0 in the league and tied for first place with Fallston, which also stayed unbeaten with a 70-40 win over Joppatowne on Friday. Unfortunately, the Warriors and Cougars are not scheduled to play this season.

Havre de Grace got things rolling with a 57-yard pick six by senior Jared Meehan, midway through the first quarter. The Warriors then made it 14-0 on a 20-yard touchdown pass from Chase Hunt to junior Dominic Hyman and Havre de Grace was off to the races.

The Warriors added two more touchdowns in the second quarter, both by Amir Hunt. First, Hunt scored on a 47-yard run and then he added his team’s second defensive touchdown of the evening with a 56-yard scoop and score with a North East fumble.

Havre de Grace got the running clock going on the opening kickoff of the second half when Hyman field a pooch kick from the Indians and took it back all the way to the house for a 35-0 lead.

Later, Meehan became the second Warrior to score a touchdown from both sides of the ball, as he rushed for a 39-yard score to set the final score.