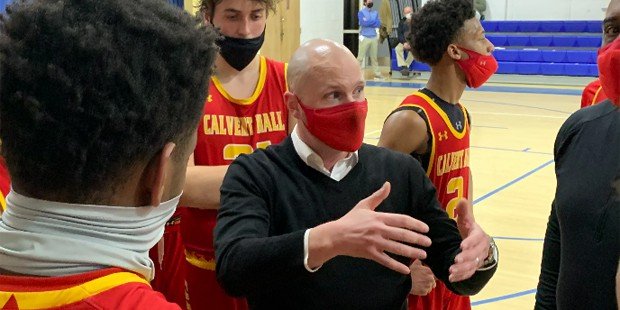 Cardinals will launch a search for his successor

Calvert Hall has announced that head basketball coach Jason Hasson will not return to lead the Cardinals next season and the school will launch a search for his successor in the coming weeks.

Hasson came to Calvert Hall prior to the 2018-19 season from Philadelphia’s West Catholic Prep, replacing John Bauersfeld who stepped down to pursue a coaching opportunity in Georgia. In his three seasons in Towson, he managed a record of just 16-58, competing in the highly competitive MIAA A Conference and Baltimore Catholic League.

Hasson did come with a track record of success, posting a 112-36 mark at New Jersey’s Pope John XXIII, winning give consecutive county and league championships and earning a No. 14 ranking in the USA Today Super 25. In addition, he served as an assistant at famed Saint Anthony’s High in Jersey, serving on the staff of a team that won a national championship in 2011.

Calvert Hall, which last week announced the retirement from its faculty of Hall of Fame coach Mark Amatucci, also announced that Hasson will remain on the school’s faculty as a Social Studies teacher.