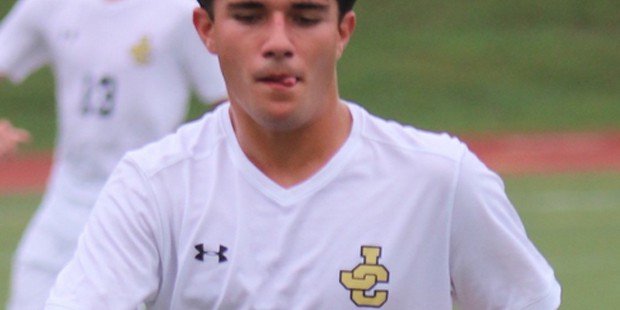 Meeting for the first time as MIAA A Conference league rivals, the John Carroll School and Boys’ Latin School soccer teams battled in Roland Park, Tuesday afternoon, and it was the visiting Patriots who claimed their first win of the season with a 3-1 victory.

Michal Gradus scored a pair of first half goals to stake JC (1-2 overall, 1-1 MIAA A) to a 2-0 lead and completed a hat-trick with a second half tally.