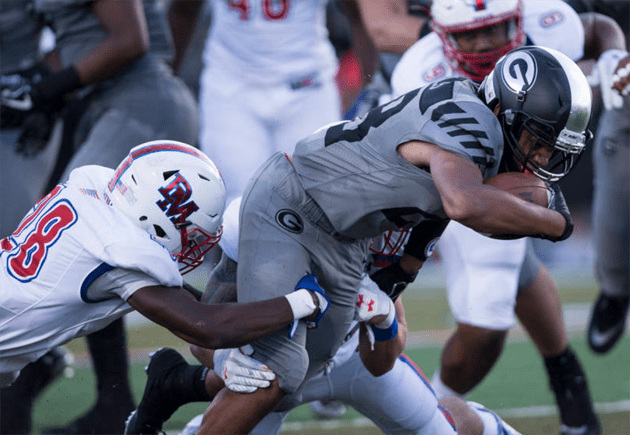 Stags jump up early but falter against the nation’s No. 4 team

The DeMatha football team ventured to Las Vegas for its 2017 season opener and a USA Today Super 25 Top 10 match-up, Friday night, as the sixth-ranked Stags took on power-house Bishop Gorman, the nation’s No. 4 team, and its 54 game winning streak, the second longest active streak in the nation. The Stags started strong in this nationally televised contest, building a 10-0 lead, but eventually faltered, 35-23, on a steamy night in the desert.

Both teams debuted new quarterbacks and Gorman’s Dorian Thompson-Robinson, a UCLA commit, accounted for five touchdowns, throwing for three and rushing for two. He passed for 288 yards.

Dematha’s highlight’s game early as its new quarterback Tyler Lenhart hit a 43-yard completion on his first throw of the season to setup a 36-yard field goal by Joey Hood. After a defensive stop, the Stags Marshawn Lloyd completed a quick drive with a powerful 30-yard TD run up the gut and Gorman’s streak looked in jeopardy.

Gorman rallied to take a 13-10 lead at the half, but DeMatha regained the lead, 17-13, in the third quarter on a 12-yard touchdown pass from Lenhart to DeMarco Hellams. Thompson-Robinson countered with three consecutive TD throws to push Gorman in front 35-17, before Lenhart capped the scoring with a 9-yard throw to Dominic Lyles. 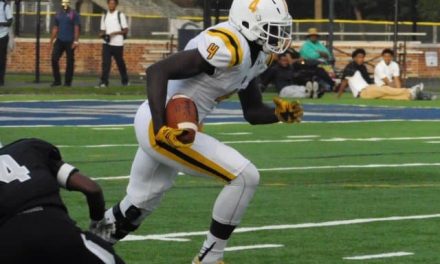 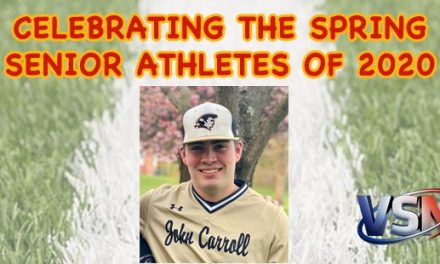