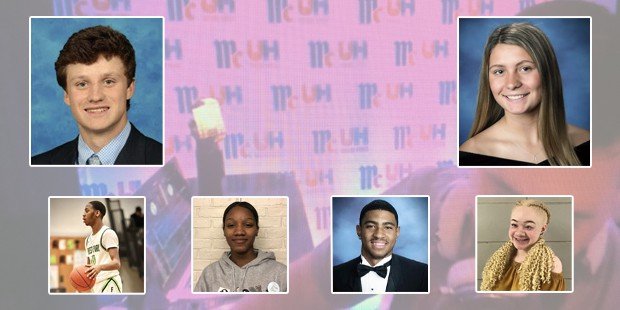 by Gary Adornato and Derek Toney

The annual pageantry of the McCormick Unsung Heroes Awards was altered slightly Monday night as the 80th annual edition of this great event took place in a virtual format, because of the ongoing Covid-19 pandemic.

Trading a ballroom for computer screens did not, however, change the significance of this honor or the pride beaming forth from 114 Unsung Hero honorees, as well as their families, teammates, coaches and teachers who watched the live stream.

Just as in years past, long-time master of ceremonies Scott Garceau read the name of each honoree as their photo flashed across the screen. And, also in true Unsung Hero tradition, the honorees were treated to an inspirational message and congratulations from a special guest — this year provided by Baltimore Ravens’ All-Pro kicker Justin Tucker.

Yet one more thing that went unchanged was the climax of the evening which was the awarding of six college scholarships, including two Grand Prize winners, each receiving a $40,000 Charles Perry McCormick Scholarship.

Grant Carey, a golfer from Gilman School and Logan Welsh, a lacrosse player from Patapsco High School, were the grand prize winners.

Carey has overcome a birth defect in his left hip that has left him disabled throughout his life. Despite numerous surgeries and a walking abnormality that causes him to fall frequently, he has persevered to become a top golfer in the MIAA, finishing in the top 10 in the league championships in 2019.

Carey grew up loving all sports and played a lot of basketball, volleyball and lacrosse in his middle school days. His physical limitations eventually forced him from team sports, but he refused to give up. He focused on golf because of its individuality and worked hard to make himself successful.

“Golf was different, as it gave me an opportunity to compete on an even playing field,” Carey wrote in his Unsung Hero essay submitted with his nomination. “In school, it was difficult to feel that others could relate to my situation, and even though people showed me tremendous kindness, throughout my high school career, there were times where it felt like there was a wall between me and my peers. However, on the golf course, that wall disappeared.”

Carey is also known for his desire to give back to the community as a volunteer for The First Tee of Baltimore and Outward Bound.

Welsh, who was a defender and goalkeeper with the Patapsco girls lacrosse team was described as an individual with “amazing blue color work ethic.” She is also a standout in the classroom, as 4.0 student who has never received a B grade in high school despite being a 12-season athlete.

Welsh did not missed a single practice or game, in any sport, throughout her four years at Patapsco. During her junior season, when she was one of only three upperclassmen on the Patriots’ squad, she took it upon herself to make sure the fields were setup correctly, the game balls were placed on the end lines and the team’s water jugs were filled and placed on either the benches or the bus.

“It’s a lot of time management,” said Welsh, who wrote in her Unsung Hero essay, “Sports have taught me a lot about what it takes to be successful. Success in anything means you must be willing to push yourself, whether it’s staying up late to study, running when you want to walk, or learning a new skill. You must be able to push yourself above and beyond, no matter what the outcome.”

Despite standing only 5-feet-2, Welch plays with the heart of a much larger athlete. Called “our toughest and strongest defender” by her coaches, Welch never backs down to anyone, remaining tough and standing her ground.

She showed her commitment to the lacrosse team, without prompting, by volunteering to move into the goal, after that team’s starter was injured.

“What I like most about Logan is she’s so quiet and has a group of friends and a great group of coaches,” said McGuiness. “She’s just the epitome of what an unsung hero and student-athlete should be.”

Welsh, whose parents, Rodney and Jamee, instilled a blue collar work ethic, will attend Towson University in the fall, and plans to major in Nursing.

Hawkins, a boys basketball player emerged from some difficult circumstances, including a stint in jail, to become a team leader. McKnight was a three-sport athlete for the Ducks and served as a foundational piece for the girls basketball program, which was reformed during her freshman year, as she played all four years and served as a captain her senior season.

Reid became a team leader on a winless football team and helped mentor younger teammates over three seasons as the Eagles evolved into a playoff team. And, finally, Skinner, a girls soccer player for Parkville, is described as a “true role model for her peers both on the field and in the classroom.” She overcame problems with her eyesight to make a positive impact for her team. 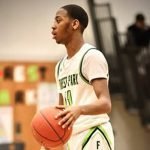 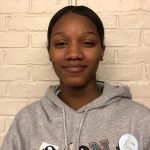 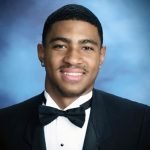 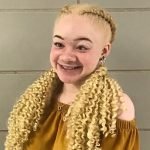