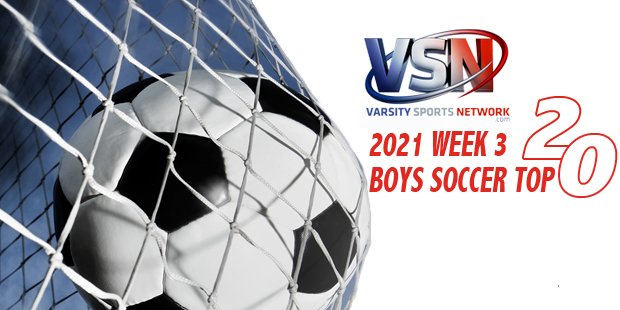 The MIAA A Conference remains a murderer’s row as No. 2 McDonogh School lost to then-unranked Loyola Blakefield, which has surged back into the Week 3 VSN Top 20 at No. 9.

Despite the loss, the Eagles held their ground at No. 2, behind No. 1 Calvert Hall College. Severna Park stays at No. 3, but a pair of Baltimore County sides have moved into the Top 5, as Catonsville and Towson each moved up four spots to No. 4 and No. 5, respectively.

Gilman School jumped from No. 20 to No. 8 as the Greyhounds improved to 5-1. This week’s other newcomer is St. Mary’s, which is 3-0 and unscored upon this season.

Note: The Eagles hold place despite being tripped by surging Loyola.

Note: The Falcons stay unbeaten with win at Crofton.

Note: Generals have scored at least three goals in each of their first three games.

Note: Mustangs heat up with pair of 3-1 wins last week.

Note: The Dons have won three straight, including a win over No. 2 McDonogh.

Note: The Lions have allowed one goal in three games. Carroll County league play gets underway this week.

Note: The Saints continue to compete well in MIAA A Conference.

Note: The Bruins have had 10 days to contemplate loss to Prince George’s County’s Bowie.

Note: The Mustangs have scored 11 times in first two games.

Note: Cougars return to work on Monday at Elkton.

Note: Friars take a big fall, but remain dangerous in MIAA A Conference.

Note: The Saints have opened up with three consecutive shutouts.