Gerstell wins at Curley, holds first in MIAA B 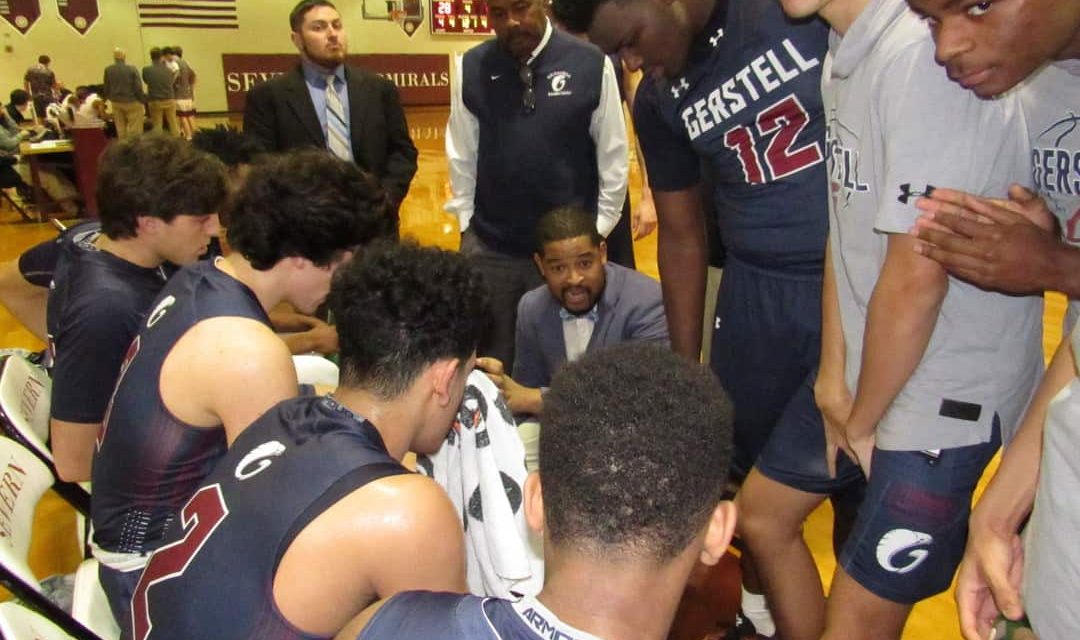 Stanton nets a career high 35 points for the Falcons

In search of a Friday night upset of the reigning MIAA B Conference basketball champions, host Archbishop Curley threw its best shot early, limiting Getstell Academy to just four first quarter points while building a 13-4 lead. The Falcons, however, save their big punch for the third quarter when the outscored the Friars 28-11 as they went on to a 66-33 victory.
Jeremiah Stanton took over the show for Gerstell, scoring a career high 35 points. Anthony Carpenter added 16 and the Falcons got just 15 additional points from the balance of their lineup.
With the win, Gerstell (12-9 overall) improved to 6-1 in the B Conference where they sit in first place, a half game in front of No. 20 St. Paul’s (6-2). Curley (9-8), which was paced by 12 points from Caleb Johnson, missed on a chance to pull into a first place tie with St. Paul’s and knock the Falcons back into third. Instead, the Friars slipped to 5-3 in the league and into a tie for fourth place with Severn. St. John’s Catholic Prep (5-3) now holds third place in the tightly bunched top half of the standings.