Garrison Forest is No. 1 in VSN Field Hockey Top 20 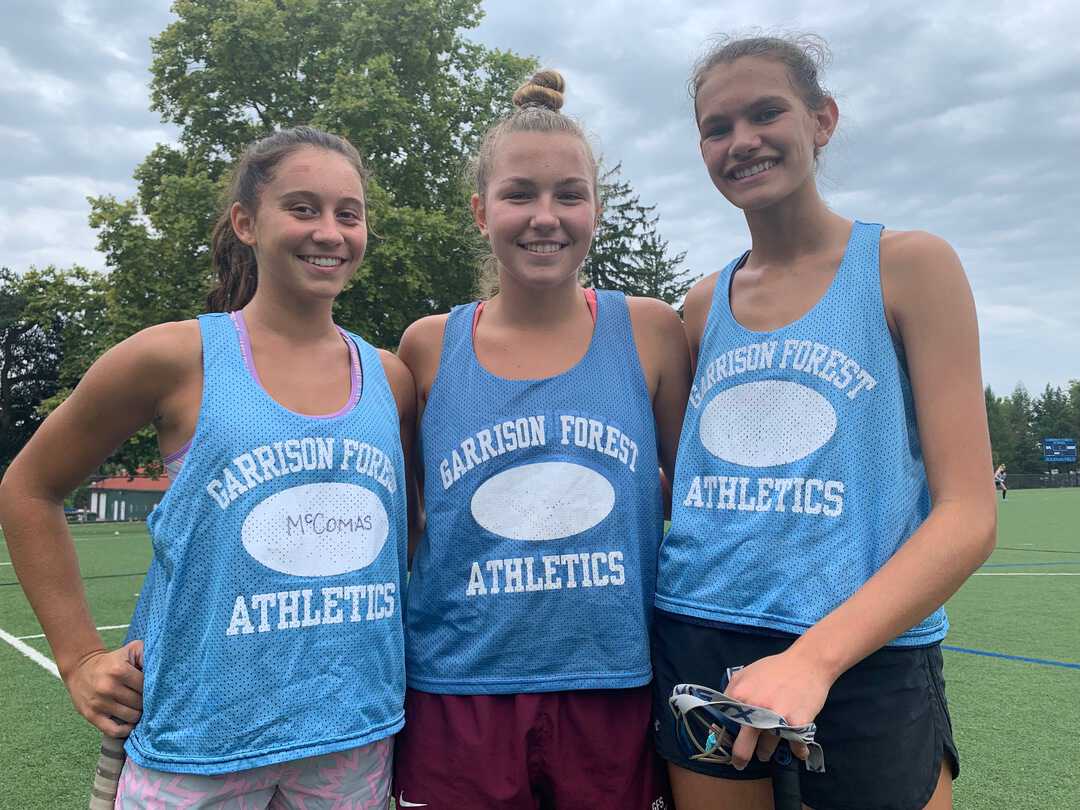 After back-to-back championships in the IAAM A Conference, Notre Dame Prep may have an uphill battle for a third title this fall as Garrison Forest’s loaded lineup puts the Grizzlies in the No. 1 spot in the VSN Field Hockey Preseason Top 20 Poll.

The two meet twice this season with the A Conference trimmed to just five teams. Both should be hotly contested games, but the Grizzlies, ranked No. 22 nationally by MAX Field Hockey, appear to have the early edge with most of their lineup returning. The Blazers graduated a large contingent, including co-Players of the Year Nathalie Friedman and Rachel Borzymowski.

Baltimore area teams swept the 2018 state titles — South River (Class 4A), C. Milton Wright (Class 3A), Liberty (Class 2A) and South Carroll (Class 1A). All remain among VSN’s top teams, but not all can repeat as champs. After the state’s biennial reclassification, Liberty moves to Class 1A with Carroll County rival South Carroll this season.

Pictured above: Garrison Forest School, with Ryleigh McComas (left), Riley Patro and Celia Donner, is ready to reclaim the IAAM A championship in 2019 after three straight final losses. The Grizzlies are No. 1 in VSN’s Field Hockey Preseason Top 20.

Long hit: With only two starters lost to graduation and an influx of new talent, last year’s IAAM A Conference finalists are loaded for new coach Belin as they aim for their first title since 2012.

Long hit: Despite a big hit from graduation, the Blazers return considerable talent to make a run at a third straight IAAM A Conference title led by Friedman, an U.S. Indoor National Team player.

Long hit: The defending state Class 4A and Anne Arundel County champions will rely on a mix of veterans and newcomers try to repeat in both highly competitive races.

Long hit: The Cavaliers return 10 seniors to bolster a run at the IAAM A Conference title after falling in the semifinals last season to eventual champ Notre Dame Prep.

Long hit: After an overtime loss to Garrison Forest in the IAAM A Conference semifinals, the Eagles bring back seven starters to keep battling.

Long hit: After graduating 12 seniors, the Falcons have reloaded with a talented, cohesive combination of veterans and youngsters as they aim for the Class 4A title.

Long hit: The defending state Class 2A champions move to Class 1A where they should make a run at another state title as well as at the top spot in Carroll County.

Long hit: The Wildcats bring back a solid group of veterans aiming to improve on last season’s finish as 4A East Region finalists.

Long hit: A strong core of seniors returns with plentiful experience as the Bulls aim for another run at the state Class 2A title after falling to Liberty in last year’s state final.

Long hit: New coach Iacoboni has only a few holes to fill as the veteran Lions aim to return to the state Class 4A final where they fell to South River last year.

Long hit: The Hawks graduated a few key players but bring back enough seniors to challenge for the top spot in UCBAC Chesapeake.

Long hit: With seven starters back, the Mustangs have experience and strength in all areas of the field as they try to improve on last season’s sectional finalist berth.

Long hit: The defending Class 3A champions graduated seven starters but return the talent to remain among the top teams in UCBAC Chesapeake.

Long hit: Only six seniors return, but four four-year starters should keep the Bobcats competitive as their teammates gain experience.

Long hit: After considerable turnover and the loss of four-year starter Kathryn Hoffman to an ACL tear, the defending Howard County champions have great potential despite their youth.

Long hit: After graduating 13 players, the Bruins will be rebuilding but still could have a big impact on the Anne Arundel County race.

Long hit: With eight starters back, the Knights should continue to challenge Liberty for the top spot in Carroll County despite losing their top player, Grace Bruce, to a torn ACL.

Long hit: The Cavaliers didn’t allow a goal in their six-game playoff run and should be stingy once again with a veteran defense.