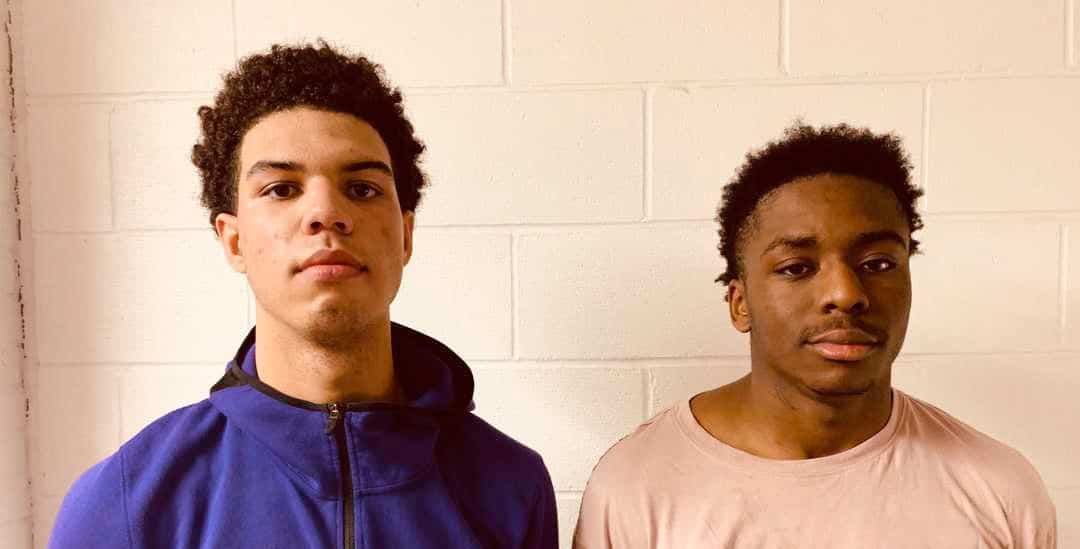 The Irvington school (13-3 overall) combined a balanced scoring effort with solid defense to remain perfect in BCL play at 4-0. The Gaels are 7-2 in the MIAA A Red Division.

“It’s almost the same type of script every time we come over here. They’re well coaches, they execute and run their stuff well,” said Clatchey. “I think (Matt) Fischer and (Cam) Smith cause matchup problems not for us, but all teams. I thought we made just enough plays at the end of game.”

Mount St. Joseph led by as many as 16 points in the second half before Loyola made a fourth quarter run to close to 60-57 after a three-pointer from Fischer. But the Gaels maintained their composure as Sapienza converted a transition pass from senior Tyler Brelsford for a three-point play, and Edokpayi followed-up a Sapienza miss for a 65-57 advantage with 57 seconds left in regulation.

After blowing a fourth quarter lead and losing in overtime at Boys’ Latin School last week, Mount St. Joseph has responded with solid efforts against John Carroll School (89-62 win Sunday) and Wednesday evening against the Dons.

“I know our defense was a little scattered at the beginning, but we definitely picked it up and everything,” said Edokpayi. “It was just everyone had an all-around good game.”

Junior guard Ausar Crawley finished with 14 points for the Gaels, and Breslford, a George Washington recruit, had 11. Senior post Will Sykes did a yeoman job defensively on Fischer, who had 15 points.

“I thought Will Sykes was outstanding,” said Clatchey of the 6-foot-7 veteran. “He had two put-backs…a lot of times plays like that goes unnoticed, not by us.”

“We really keyed in on him,” said Sykes, who finished with six points. “I just made sure I stayed in front of him, made it tough on him to get shots off.”

Mount St. Joseph held Loyola without a field for the final 6:17 of the opening half. The Gaels kept momentum to start the second half, scoring on four of their first five possessions as Brelsford’s spinning drive made it 46-30.

Loyola, which defeated Mount St. Joseph at The Smith Center last February for its first victory over the Gaels since 2009, didn’t relent Wednesday. The Dons wiped the 16-point deficit to only 60-57 after a three-pointer from Fischer with 2:59 left in regulation.

Loyola didn’t make another basket as its seven-winning streak ended. Smith, a junior, finished with a game-high 20 points, and Jordan Moore added 12.

“Things weren’t going our way at certain points but I felt like we fought through it,” said Dons coach Josh Davalli. “St. Joe played really well. They were making shots, making plays — I give a lot of credit to them. Their defense was good, they were clicking on offense.”

With BCL Player of the Year James Bishop now at LSU, Mount St. Joseph’s offense is a collaborative effort.

Clatchey is more concerned about the other end of the court.

“If we’re going to win and being contenders, it got to start on the defensive end,” said Clatchey. “We’re getting better in that area, but still got a long way to go.”