From Owings Mills to Super Bowl 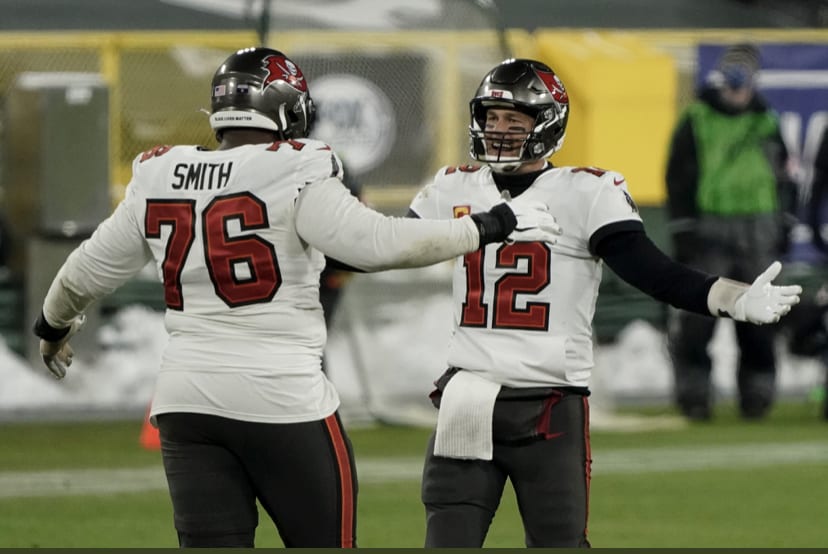 “It was hard getting used to not hearing any noise at night,” said Smith, who moved from Hampstead, a suburb of Long Island, N.Y. to live with his uncle, George Smith, back in 2008.

Sharon Thomas, a single mother working two jobs, was struggling to raise her growing 6-foot-5 son Donovan, who had potential in football. Thomas decided it was best for Donovan and twin sister Ebony to live with her brother in Baltimore County.

The decision has been life changing for Donovan Smith, who will start in Super Bowl LV for the Tampa Bay Buccaneers Sunday evening.

“It’s definitely exciting,” said Steve Lurz, who coached Smith at Owings Mills. “A small school like Owings Mills don’t have a lot of major Division I players, let alone someone in the pros.”

Smith, VSN’s No. 1 Offensive Linemen of the past decade, will be at left tackle for the Bucs, who will meet defending Super Bowl champion Kansas City Chiefs in professional sports’ penultimate event at Raymond James Stadium in Tampa. He will be the first local to play in the Super Bowl since former Gilman School linebacker Micah Kiser in Super Bowl LIII.

Kiser, VSN’s No. 1 Linebacker of the Decade, played on special teams for the Los Angeles Rams, who lost to the New England Patriots and quarterback Tom Brady.

Smith is protecting the “blind side” for Brady, the greatest signal caller in the NFL history. Brady, who won an unprecedented six Super Bowls with New England before joining Tampa Bay as a free agent last spring, has the Bucs in their first Super Bowl since 2003 (first postseason appearance since 2007).

“He’s seen it all, done it all in this league,” said Smith of Brady. “He likes to chime in, give tidbits to a lot of guys. To have that extra coaching on the side…to be able to have him and his experience is a bonus.”

Smith, who has started all but two games for Tampa Bay since being drafted in the second round of the 2015 NFL draft, has seen mainly lows with the Bucs until the current season.

Owings Mills was one of the area’s worst programs when he arrived in 2008. The Eagles went 0-10 in Smith’s sophomore year, leaving the Tollgate Road school with a 40-game losing streak. The skid ended at 43 games in 2009, and Smith and the Eagles were competitive (7-9 over Smith’s final 16 contests).

“He moved well for a guy his size,” said Lurz of Smith, who did the shot put and discus for Owings Mills’ track team.

Smith said there was culture shock, going from the hustle and bustle of New York to suburbia life in Owings Mills.

“It was fast paced [New York], the way move people the whole thing mentally was different. I felt like I was in a shell,” said Smith, who recently became a father. “I met so many people from so many different walks of life and shared things with me that helped me look at things differently.”

Smith know things will be much different if Tampa Bay wins Sunday evening.

“It would mean the world,” said Smith. “To be able to cap off the year with a Super Bowl it would prove all the blood, sweat and tears was worth it.”